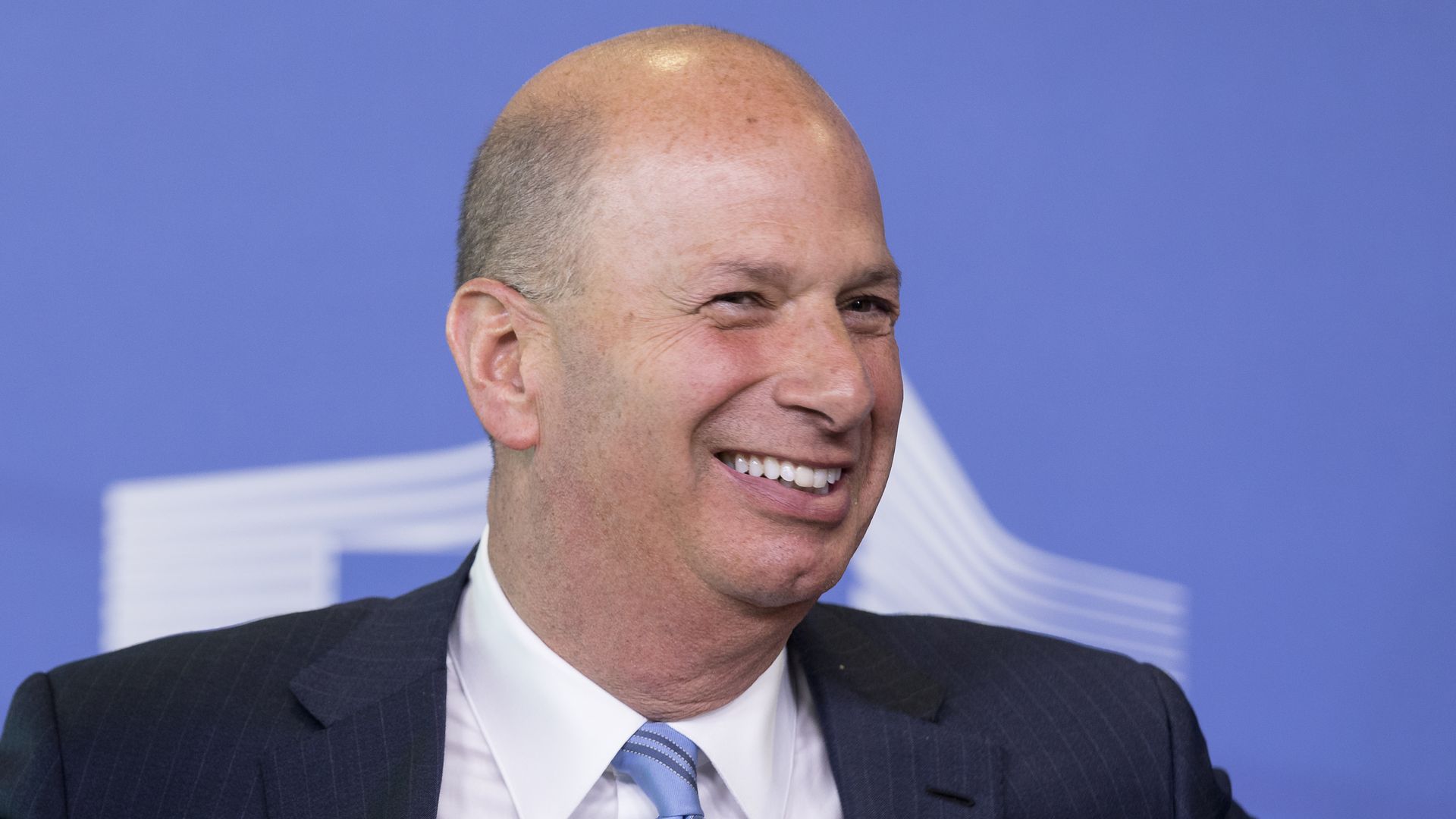 Ever since Parnas and Fruman, Giuliani’s two comrades-in-crime, were arrested as they were preparing to fly Frankfurt (and possibly Vienna) on one-way tickets, there have been reports that Rudy “A noun, a verb, and 9/11” Giuliani is himself under investigation by the very office he used to run: SDNY. This led to stories that Trump was backing away from Rudy:

“I don’t know,” Trump said Friday when reporters asked him if Giuliani was still his lawyer.

though he has since reaffirmed his confidence in his fixer. But if Rudy dodged the Trump bus toss for the moment, there may be another, more serious, bus heading his way: Gordon Sondland.

There’s a WaPo story out this afternoon: Trump’s envoy to testify that ‘no quid pro quo’ came from Trump, which leads off with Sondland being prepared to testify that it was Trump who told him to tell Kyiv COM [Chief of Mission] Bill Taylor that there was “no quid pro quid… call me.” But another aspect of the article caught my eye:

Sondland is expected to say that for months before the Sept. 9 message, he worked at the direction of Rudolph W. Giuliani, Trump’s personal attorney, to secure what he would call in another text message the “deliverable” sought by Trump: a public statement from Ukraine that it would investigate corruption, including mentioning Burisma, a Ukrainian energy company, by name. In exchange for the statement, the president would grant Ukraine’s new president a coveted White House audience. [emphasis added]

Leave aside for the moment that Sondland, who as Ambassador to the European Union, has no business dealing with Ukraine, which is not an EU member. More to the point is that Rudy Giuliani, who is Trump’s personal attorney, has no government position and no business telling any federal employee what to do. And now Sondland is going to testify under oath that Giuliani (almost certainly at Trump’s instructions) told him exactly what to do.

While there’s been a lot of talk about Giuliani running a private foreign policy for Trump, I believe this will be the first time there has been sworn testimony saying so.

The testimony by Sondland, a Portland hotelier who gave $1 million to Trump’s inaugural committee through four of his limited liability companies, could prove damaging to Giuliani and the president.

“Could”? Make that “will.” And if Trump backed off on his backing the bus over Giuliani this time, I can easily see him dismissing Rudy as a loose cannon (which he certainly is!) who went on his own to order Sondland to do things he had no right to order.

Here’s a bit more, which looks very much like a falling-out among thieves:

Sondland is prepared to say he had a very limited role over the summer. He did not speak directly to Giuliani until Aug. 1, the person said. And because of his job in Brussels, he “was not the central connection.”
Giuliani, in conversations with The Washington Post, has described Sondland’s role as more expansive, saying he spoke with Sondland about six times this summer about Ukraine. “He seemed to be in charge. It just seemed like he was more decisive,” Giuliani said.

Sondland can always go back to his hotel business and his money pile, so he is better place to do a bus toss than Guiliani, who now has the House as well as the SDNY breathing down his neck. Look for Sondland’s tire treads on Rudy’s back.