The national madness of 74 million people sent to the fainting couch by voting for a persistent complainer and his tweeted grievances, often as impure as their iteration. Courtesy must end if only because Trump ignored his intel briefings while in office. His only reason to want them would be to monetize the information.

In the legal profession and courts, a querulant (from the Latin querulus – “complaining”) is a person who obsessively feels wronged, particularly about minor causes of action. In particular the term is used for those who repeatedly petition authorities or pursue legal actions based on manifestly unfounded grounds. These applications include in particular complaints about petty offenses.

In psychiatry, the terms querulous paranoia (Kraepelin, 1904)[1][2] and litigious paranoia[3] have been used to describe a paranoid condition which manifested itself in querulant behavior. The concept had, until 2004, disappeared from the psychiatric literature; largely because it had been misused to stigmatise the behavior of people seeking the resolution of valid grievances.[4] It also appears in ICD-10, under its Latin name Paranoia querulans, in section F22.8, “Other persistent delusional disorders”.[5]

According to Lester et al. querulous behavior remains common, as shown in petitions to the courts and complaints organizations.[6] They state that “persistent complainants’ pursuit of vindication and retribution fits badly with complaints systems established to deliver reparation and compensation [and that these] complainants damaged the financial and social fabric of their own lives and frightened those dealing with their claims.”[6]

The Frumious Bandersnatch is one of the antagonists in the poem “The Hunting of the Snark” written by the late Lewis Carroll (with the other being the Boojum Snark). It is a savage creature that lives on the same island as the Boojum Snark and the Jubjub Bird.

It next appears in “The Hunting Of The Snark: Fit the seventh: The Banker's Fate”, in which the Banker, looking for the Snark, is attacked and grabbed by a Bandersnatch. He tries to bribe it with a discount and a cheque for seven pounds ten drawn “to bearer”, but it begins to bite him until he faints. The others hear the screaming and come running, chasing it away, however when the Bellman brings him round he discovers the Bandersnatch sent him mad.

In the poem “Bandersnatchy” by Anna Matlack Richards, a man who knows the man who killed the Jabberwock decides to hunt the Bandersnatch in order to eclipse him, as he constantly goes on about how he killed it. He arms himself with a vorpal sword and a winxy pistol, and goes out to hunt it. In the forest, he notices two of the trees are in fact the legs of some gigantic creature, which he realises is the Bandersnatch. It tries to flee, but he cuts it in two, and brings its tail back as proof that he killed the Bandersnatch. The poem ends with the hero noting that since then, he hasn't heard about the Jabberwock as much.

“Twas brillig, and the slithy toves

Did gyre and gimble in the wabe:

All mimsy were the borogoves,

And the mome raths outgrabe.

“Beware the Jabberwock, my son!

The jaws that bite, the claws that catch!

Beware the Jubjub bird, and shun

Trump is deep in debt, has corrupt ties to several foreign governments and is deeply aggrieved by the government of the US and wants revenge. His existing knowledge already presents a grave security threat to the US. https://t.co/LgEROWab2l— Josh Marshall (@joshtpm) January 18, 2021

Nothing about Trump’s exercise of the pardon power reflects a desire to do justice. Instead, he revels in the exercise of pure presidential power. So it should comes as no surprise to see some wild abuses on his way out the door. https://t.co/yJHeuNyhfc

Breaking Politico: The FBI is investigating evidence that a woman who entered the Capitol on Jan. 6 stole a laptop or hard drive from Speaker Nancy Pelosi's office and intended to sell it to Russians. https://t.co/4OcIYFTV2E

Caroline Wren, veteran GOP fundraiser, is named as “VIP Advisor” on an attachment to the permit. Maggie Mulvaney, Mick Mulvaney's niece, is listed as “VIP Lead.” And both blocked AP reporter who reached out for comment on their involvement in the rally:https://t.co/t1mIHkYPrn

It looks like the “1776” mob failed miserably with their promised encore today. Good news. Change is coming. 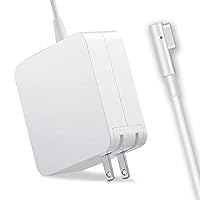