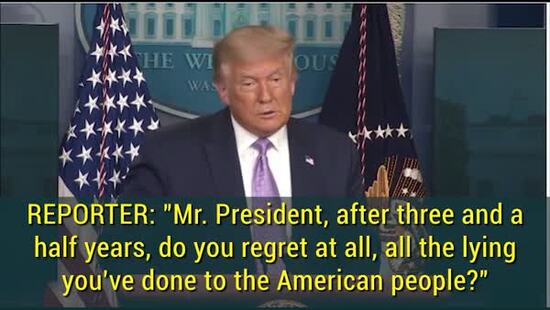 So many things to clean up starting January. A Josh Rogin piece at WaPo suggests that progressives will be sidelined in a Biden-Harris foreign policy.

‘Democratic muscular liberalism’ is more rebranding for the same centrism that often supported making wars last longer and often with less satisfying outcomes, despite multilateralism and its international alliances. Now that the Trump policy, such as it is, has been shown to not only fail as bilateral and pressuring, it has squandered whatever international leadership had been built.

Will neo-Clintonism with military surges and drone strikes be better than kleptocratic Trumpian bilateralism fused with Russian kowtowing. It has to be, since we have yet to discover the Trump position on Belarus, which is the current danger to that country’s election results. How different will it be in November if Trump calls on Putin to help keep him in power again.

Harris does have a simpatico position to Biden’s as she indicated in her answers to the Council on Foreign Relations. What remains open for progressives is whether there is a however vain hope for a Biden-Harris administration that defunding police and the PIC is also about defunding the MIC.

Joe Biden and Kamala Harris, if they are elected, will have a chance to prove that Democratic muscular liberalism is still the right approach, writes @joshrogin https://t.co/S45XEOUoLz— Washington Post Opinions (@PostOpinions) August 16, 2020

Biden could have gone another way. If he had chosen Sen. Elizabeth Warren (D-Mass.), for example, he would have empowered a large section of his party that is seeking a break from its foreign policy past. Progressive Democrats are pushing for smaller defense budgets, less foreign intervention, more respect for sovereignty in other countries and the withdrawal of U.S. troops abroad. Biden and Harris are promising a robust U.S. foreign policy in which America re-invests in multilateral organizations, confronts adversaries including Russia and China aggressively, and pushes the promotion of liberal values such as democracy and human rights.

During the Democratic primaries, the party’s growing divide on foreign policy became clear. Biden and Harris, if they are elected, will have a chance to prove that Democratic muscular liberalism is still the right approach. The party’s progressive wing will have to watch from the sidelines, for now.

she has also forged a foreign policy agenda with a hard edge, calling out U.S. adversaries while saying Washington must reclaim its “moral authority” on the world stage.

Harris: The greatest U.S. foreign policy accomplishment has been the post-war community of international institutions, laws, and democratic nations we helped to build. For generations, presidents from both parties established a network of stalwart partners. These countries have contributed to our prosperity and worked with us in war and peace to deal with some of the toughest international crises and to confront a number of generational challenges.

Our biggest mistake has been to jeopardize all that progress and accomplishment by engaging in failed wars that have cost lives, destabilized the regions in which they have been fought, and undermined our leadership in the international community. To make matters worse, the current president seems intent on inflicting further damage to U.S. credibility by disregarding diplomacy, withdrawing from international agreements and institutions, shunning our allies, siding with dictatorships over democracies, and elevating sheer incompetence in his decision-making processes.

Trump has a plan to steal the election and it's not clear Democrats have a plan to stop himhttps://t.co/SXWcWTBh4b

This is Belarus, in opposition to its dictatorial Lukashenko. Keep it in mind. https://t.co/W2MbbTUG19

I knew it wasn’t real because they would NEVER admit to any past wrongdoing. It was still well played! 👍👍👍

Latest from the mighty @MeidasTouch

The Trump family are robbing America in plain sight~

They loot.
They need to get the boot.#TrumpLoots

“Xinomics” has performed well so far. But history suggests that diffuse decision-making, open borders and free speech are the magic ingredients https://t.co/WJyeKZXVUJ