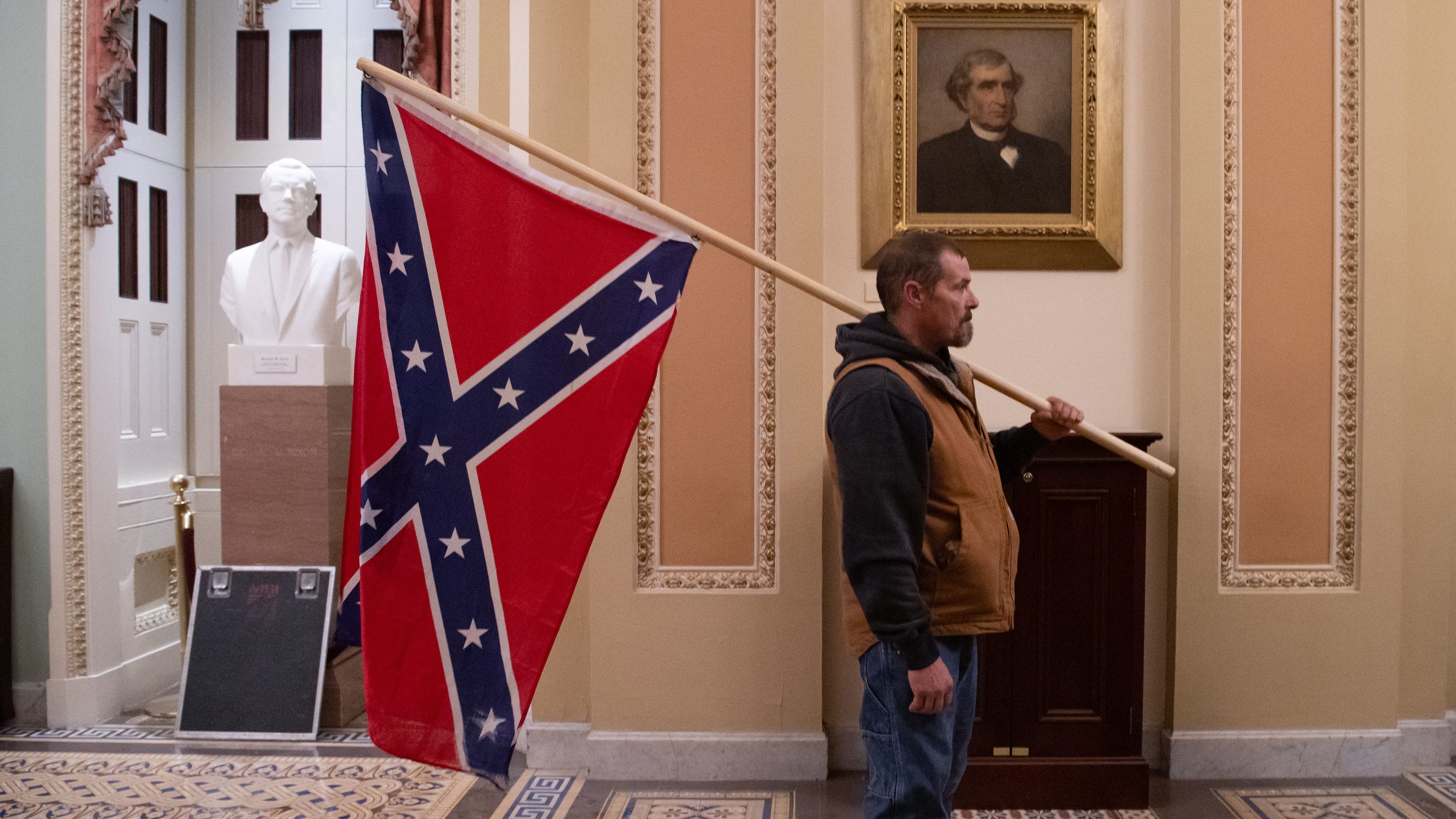 Now that we’ve entered the “none of that really happened” phase of Donald Trump’s Bumblefuck Putsch, I guess indelible images like—oh, I don’t know—a fucking insurrectionist waving his Traitor Pride flag in the halls of the U.S. Capitol can scurry on down the memory hole, with all the other outrages from Trump’s truncated tenure.

And we’re seeing once again how being a white insurrectionist means never having to say you’re sorry—unless you spill your blended margarita on another seditious white person while on vacay.

The dude who hosted what may be the most infuriating photo op during the events of Jan. 6—the brandishing of a flagpole with an ugly racist hate symbol, a flag that never made it to the Capitol during the war of its origin—is facing both justice and a little R&R, courtesy of our very understanding criminal justice system.

(42696)
$0.00 (as of May 15, 2022 07:29 GMT -04:00 - More infoProduct prices and availability are accurate as of the date/time indicated and are subject to change. Any price and availability information displayed on [relevant Amazon Site(s), as applicable] at the time of purchase will apply to the purchase of this product.)