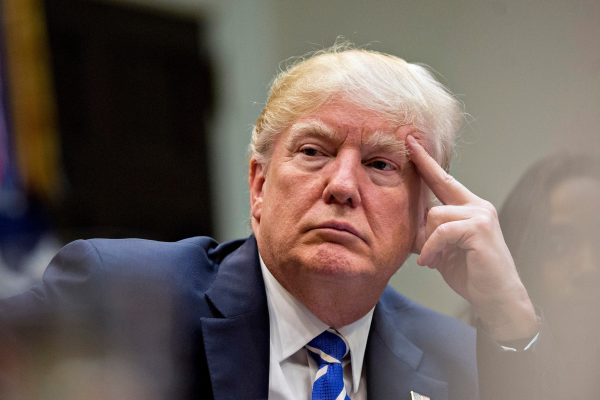 Today features more White House manufacturing of truth that resembles the Bill Barr “summary” of the Mueller report, as further contrasts will be drawn between conventional diplomacy and a Trumpian parallel activity of self-dealing.

Two career diplomats will testify before House impeachment investigators Wednesday that President Trump displayed a deeply pessimistic view of Ukraine that was out of step with officials at the White House and State Department who saw support for the European country as critical in its battle with Russian-backed separatists, according to their prepared remarks obtained by The Washington Post.

The State Department officials, Catherine Croft and Christopher Anderson, will say their optimistic view of Ukrainian President Volodymyr Zelensky clashed with a darker outlook of the new government held by Trump and an informal channel of actors linked to the president’s attorney Rudolph W. Giuliani.

Croft and Anderson did not enjoy as much visibility into senior-level decision-making as some of their peers, such as former deputy national security adviser Charles Kupperman, whom House Democrats have struggled to bring in to testify. But they do offer new insight into how a shadow foreign policy executed by people outside of government undermined the work of U.S. officials.

Two additional witnesses are scheduled to testify before the end of the week: Timothy Morrison, special assistant to the president and senior director for Europe and Russia on the National Security Council, on Thursday, and Robert Blair, senior adviser to acting Trump chief of staff Mick Mulvaney, on Friday.

Not quite an 18 minute gap, but at least one specific reference by Trump to Biden was deleted from the call transcript.
Cover-up.
Obstruction of justice.

(CNN)The National Security Council’s top Ukraine expert told House impeachment investigators on Tuesday that he tried to make changes to the White House’s rough transcript of the July phone call between President Donald Trump and Ukraine’s President, including that Trump mentioned tapes of former Vice President Joe Biden, according to a source familiar with the matter.

Lt. Col. Alexander Vindman testified that one example of his attempts to change the transcript was to include Trump telling Ukraine President Volodymyr Zelensky there were tapes of Biden, which The New York Times reported occurred where there’s an ellipsis in the transcript that was released. The change was not made. The assertion that some portion of the conversation was replaced by an ellipsis contradicts the White House’s statement in September that the ellipses in the transcript did not represent missing words or phrases. It also contradicts the President who has insisted the transcript the White House released was an exact depiction of the call, even though the memo itself describes it as rough.
Vindman also said that he would have edited the transcript to specifically show that Zelensky mentioned Burisma — the company that hired Hunter Biden — rather than just “the company,” according to sources.

In short, the transcript was not – as the WH repeatedly claimed – complete: Vindman says White House deleted Trump's reference to Biden tapes in transcript of Zelensky call https://t.co/s2V41xvqz4

He says Trump-Giuliani narratives on Ukraine undermine our national interests and help Russia at the expense of the West.

Many government professionals have now said Trump is subverting our interests to his own:https://t.co/7v23CgP8Qm pic.twitter.com/YREuzCakT6

The @WSJ can confirm that Vindman testified today that the rough transcript of the call contained missing words and phrases that he tried unsuccessfully to restore, according to people familiar with the matter. Good scoop by NYT. https://t.co/9rErk3mWPc https://t.co/5zNdNYWB7J

Breaking via NYT: Lt. Col. Alexander Vindman told House investigators that the White House transcript of a July call between President Trump and Ukraine's president omitted crucial words and phrases, and that his attempts to restore them failed.https://t.co/4n2hCEO00x

Thread on Barr. Agree that people don’t seem to get how terrifying & manipulative Barr is. He’s getting a pass because we are all so focused on the POTUS (understandably). But Trump with Barr is much much more dangerous than just Trump. https://t.co/Nn7j4ly78O

(51632)
$17.62 (as of May 21, 2022 07:25 GMT -04:00 - More infoProduct prices and availability are accurate as of the date/time indicated and are subject to change. Any price and availability information displayed on [relevant Amazon Site(s), as applicable] at the time of purchase will apply to the purchase of this product.)