Like Jerry Falwell Jr and his pool boy, everybody’s got stakes in the Rapture. Speaking in tongues, handling snakes, and laying on hands is not going to save Trump. #TurkeyIsNotOurFriend

Pat Robertson is “appalled” by Trump's decision to withdraw U.S. troops from northern Syria: “The President of the United States is in great danger of losing the mandate of Heaven if he permits this to happen.” pic.twitter.com/YGeNYpbGrF— Right Wing Watch (@RightWingWatch) October 7, 2019

Televangelist Pat Robertson said President Trump is at risk of “losing the mandate of heaven” over his decision to draw back troops from northern Syria and allow Turkey to move into the region.

The 89-year-old 700 Club host, who is an evangelical ally of the president, joined other prominent conservatives Monday to condemn the move, which will likely result in the deaths of Kurdish forces who helped the United States fight the Islamic State.

Robertson said that Turkish President Recep Tayyip Erdoğan is a “thug” who has become a dictator in Turkey. He said the Turkish strongman is no ally of the U.S.

He evoked the brutal murder and dismemberment of Saudi dissident and Washington Post contributor Jamal Khashoggi, who resided in Virginia and was killed last year in the Saudi Arabian Embassy in Turkey.

It was eerily strange to ever find myself in agreement with @JRubinBlogger, @BillKristol, @TheRickWilson and @WalshFreedom, but when Pat Robertson and I are on singing off the same sheet of music then I think we can all agree that the end times are upon us.@realDonaldTrump https://t.co/Sd8TbAjCFT— Col. Morris Davis (@ColMorrisDavis) October 7, 2019 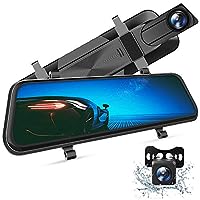