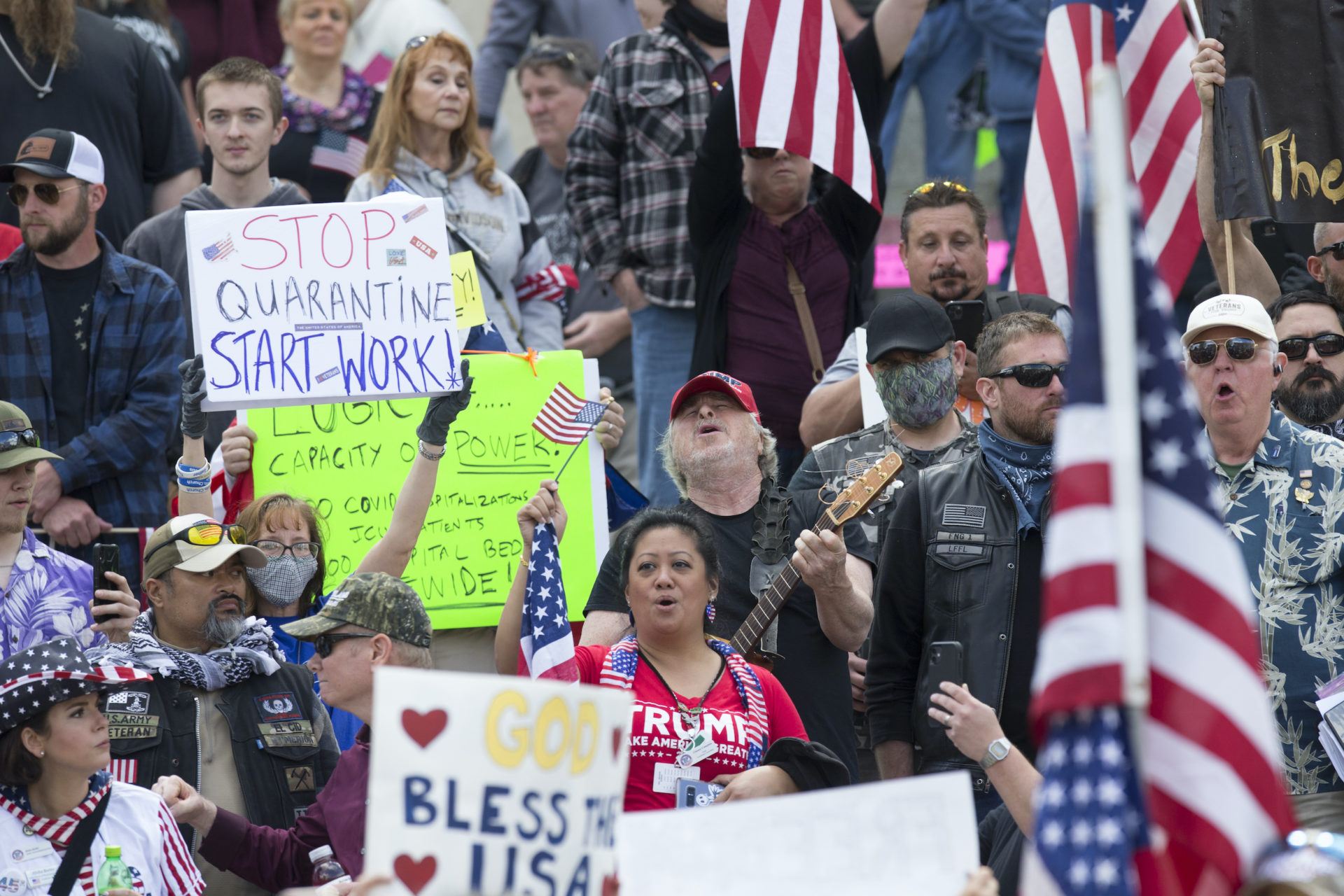 McConnell kicks the Trump prosecution elsewhere as Senate lets Trump off on a technicality. A disingenuous Mitch McConnell apparently agreed with the sentiment “Hang Mike Pence” and gave cover to the turtle logic of the Big Lie, while trying to keep GOP donors. Trump “got let off on a technicality”. Trump remains guilty of inciting an insurrection.

Speaker Pelosi calls out McConnell for delaying the trial so that he could have an out to acquit Trump: "It was the excuse that he used."

What McConnell said today ends all legitimate debate over Trump’s responsibility for inciting violent insurrection against the United States. The Senate shamefully let Trump off on a hypocritical technicality, but the House Managers overwhelmingly proved Trump’s guilt forever.

Seeing this played in closing arguments reminds me of four years of a seemingly unending national nightmare. The acquittal shows me the nightmare is reality. https://t.co/MExkj4SSTm

Trump has privately voiced concern about whether he could face charges related to the riot, multiple people say. While explaining his vote, McConnell said Trump was "practically & morally responsible" and that the legal process could address his role. Cheney has said similar.

Reporting suggests that Trump, watching from Mar-a-Lago, wasn’t happy with Castor’s performance. Given his attorney’s embrace of potentially having his client arrested, one can understand why.
That’s not likely to happen, mind you. While the D.C. attorney general did suggest shortly after the Capitol was overrun by a pro-Trump mob on Jan. 6 that Trump himself might be charged with a misdemeanor for inciting the violence, that remains unlikely. But the discussion of Trump’s liability to criminal prosecution does serve as a reminder that this is very much still a non-theoretical threat the former president faces.

Analysis | Once impeachment is over, the threat to Trump shifts to real courtrooms https://t.co/uclENQsdxj

For example, we learned this week that investigators in Georgia were beginning the process of potentially bringing charges against Trump for another facet of his impeachment: his effort to get Georgia’s secretary of state to “find” enough votes in the state to give Trump a victory there in the 2020 presidential contest. (Secretary Brad Raffensperger declined to do so.)

It’s unlikely that this will result in charges, but it’s not a casual investigation. Speaking to MSNBC’s Rachel Maddow on Thursday, Fulton County District Attorney Fani Willis (D) explained that her office’s probe extends beyond the recorded call with Raffensperger first obtained by The Washington Post last month. The investigation being led by Willis is also separate from a similar one initiated at the state level.
Trump faces similar multitiered investigations in other places as well.
www.washingtonpost.com/…

5 years ago—Republican Senators warned what would become of their party if Trump became their nominee.

5 years later—Trump tried to overturn the results of an election and provoked an assault on our government.

And well over half of Senate Republicans decided to condone it.

Statement from @SpeakerPelosi: “It is so pathetic that Senator McConnell kept the Senate shut down so that the Senate could not receive the Article of Impeachment and has used that as his excuse for not voting to convict Donald Trump.”

Trump gloated from the Phantom zone:

“It is a sad commentary on our times that one political party in America is given a free pass to denigrate the rule of law, defame law enforcement, cheer mobs, excuse rioters, and transform justice into a tool of political vengeance, and persecute, blacklist, cancel and suppress all people and viewpoints with whom or which they disagree. I always have, and always will, be a champion for the unwavering rule of law, the heroes of law enforcement, and the right of Americans to peacefully and honorably debate the issues of the day without malice and without hate.” -Donald Trump

All the horrendous actions that Trump insinuates are attributable to Democrats are actually the perfect description of his own behavior while in office.

It’s enough to make you doubt the sanity of Republican senators for their inability to grasp the consequences of their votes to acquit on the rule of law — if not doubt your own mental faculties.

now that it’s all over, Senate Republican leader McConnell acknowledges everything Trump said after the election was a lie and everything the Democratic House managers said in their impeachment case was true

Donald Trump got off today with no witnesses because Mitch McConnell threatened to filibuster all other senate business during the impeachment trial.
Rather than caving in, Democrats should have voted to amend senate rules to abolish the filibuster.https://t.co/uARc0f194F

Translation- a possible victory tour, announcements of candidates to challenge people on his hit list, among other items. https://t.co/CGzBTccfTj

Trump lawyer has awkward moment on Fox News after being branded a 'TRAITOR' for defending insurrection https://t.co/SXmhSSwSz4

This is the high-water mark of reasonable Republican Senators. This is as many Republicans as we could get to vote against the guy who tried to murder Congress and the Vice President.

And it's not enough for cloture. Either we eliminate the filibuster or we forfeit the future. https://t.co/XHoEB4lY8u

Of course, that tendency is why lying about the election being stolen might seem to be in Trump's strategic interest. But the combination of Jan. 6 and voters realizing that Trump isn't actually president anymore seems to have dampened enthusiasm for him a lot. pic.twitter.com/Ob6RPlZqKS

(85765)
$0.00 (as of May 16, 2022 23:01 GMT -04:00 - More infoProduct prices and availability are accurate as of the date/time indicated and are subject to change. Any price and availability information displayed on [relevant Amazon Site(s), as applicable] at the time of purchase will apply to the purchase of this product.)