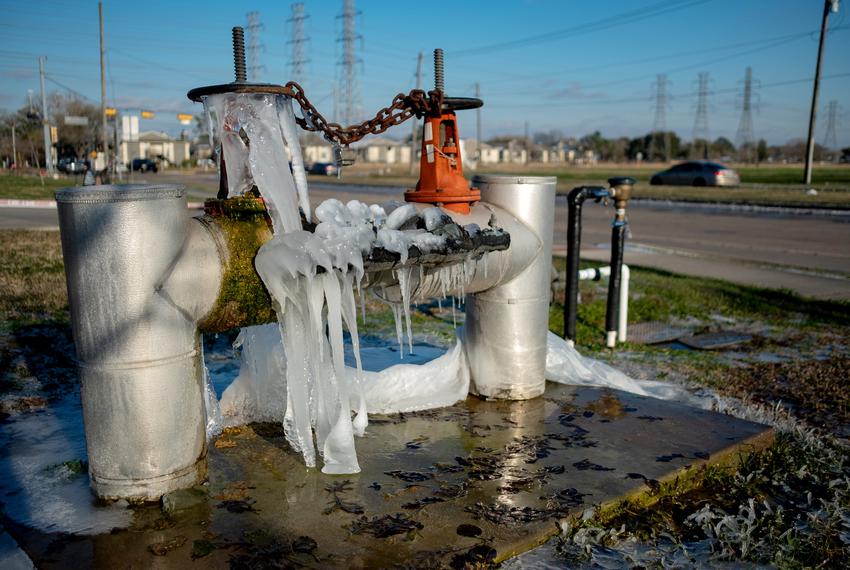 Texas is the coalmine canary of failures in the GQP’s industrial policy. The “clusterfuzzle” appears to be only in Texas: perhaps they skimmed on costs and failed in winterizing their plants. The structural failure comes from the anti-federal, deregulatory policy of the Texas grid which reveals itself in the disinformation of Texas pols blame-shifting to the “Green New Deal”. This state-level crisis is part of the failure of national industrial policy revealed in the pandemic response.

Main story continues to be the failure of thermal power plants — natural gas, coal, and nuclear plants — which ERCOT counts on to be there when needed. They've failed. Of about 70,000 MW of thermal plants in ERCOT, ~25-30,000 MW have been out since Sunday night. Huge problem.

ERCOT started directing electric utilities (like Oncor or Austin Electic) to start rolling blackouts or involuntary emergency load shedding at 1:25am on Monday morning, with 10,500 MW shed during that late morning. That’s ~2 million homes worth of load.

In short, ALL generation types are getting hammered.
This is an equal opportunity “clusterfuzzle” as @gmbutts put it. So put aside your technology favoritism and tech tribalism for today please!
In sheer numbers, natural gas-fired units are largest thermal capacity in Texas, accounting for ~56,000 MW or 66% of total capacity ERCOT was planning to have available during winter peaking events. The large majority of outages during this event are also at gas-fired plants.
This #TexasFreeze event is FAR outside what ERCOT planned for. Their 2020/2021 Winter Resource Adequacy Assessment estimated a worst case scenario “Extreme Pead Load/Extremee Generation Outages” scenario that included 13,953 MW of total thermal outages ⤵️

So in sum, total thermal generation outages of 25,000-30,000+ MW during the past 36 hours are more than DOUBLE what ERCOT considered an “Extreme Generation Outages During Extreme Peak Load” event! That is where the disaster is stemming from. (Wind underperformance is secondary).

So what is leading to widespread and long-lasting electricity outages in Texas?

Those two factors together account for the entirety of the 10,500-16,500 MW of emergency load shedding — aka rolling (or not so rolling) blackouts that ERCOT has reported over the past 36 hours (see ercot.com/news/releases/… and ercot.com/news/releases/…)
Grid operator has restored power to 500,000 households
ERCOT calls for rotating outages as extreme winter weather forces generating units offline
Those of you who have heard that frozen wind turbines are to blame for this, think again. The extreme demand and thermal power plant outages are the principle cause.

Wind & solar have variously over & under-performed the ~6,200 MW ERCOT was planning for from these resources.

At times, wind + solar output was ~4,000-5,000 MW below what ERCOT was counting on them form, and that certainly is part of the story, but much smaller than the total thermal capacity outages, and also less prolonged. Much of the past 36 hours, wind+solar has exceeded 6,200 MW.
Finally, note that in addition to widespread blackouts from major generation failures, there are also localized power outages from transmission & distribution failures affecting numerous customers. Downed lines, overloaded transformers, etc. Networks also fail in extreme weather.
That’s a basic summary of what’s going on right now. Conditions are still bad in Texas. Last night was frigid and I’ve seen many reports of interior temps reaching the 40s in people’s homes. That’s terrible and can be deadly. We don’t know the full toll of this emergency yet.

.@RepDanCrenshaw, @tedcruz and @JohnCornyn have pushed various versions of the lie that wind power is responsible for the Texas blackouts. In the 2020 election cycle alone, they raked in $1.1 million on oil and gas money https://t.co/Ar2xa3F8Ek

I have friends in Texas literally sleeping in a tent with their kids in their living room for the body heat. https://t.co/TJxjMTrsIe

Martha McSally told voters to skip meals in order to donate to the GOP cause. Rick Perry told Texans to go without heat & water to keep regulators away. Trey Hollingsworth said Americans should be willing to die of COVID to keep the economy open.

Wow. Texas bans the export of natural gas to other states https://t.co/OeAUMMuyeQ by @jcarrollhtx

A blame game has been unfolding over why Texas’s power grid failed and left millions vulnerable.

And no, frozen windmills are not the culprit. pic.twitter.com/MoXOFN0DEM

Texas’s power grid, run by the Electric Reliability Council of Texas, or ERCOT, occupies a unique distinction in the United States in that it does not cross state lines and thus is not under the oversight of the Federal Energy Regulatory Commission.

That has long been a point of pride with Texas politicians who in the 2000s chose to deregulate the state’s power market and allow power companies, not state regulators, determine when and how to build and maintain power plants.

That system has fallen under scrutiny in recent days as millions of Texans are left without power following an unusual cold snap. Following a near identical episode a decade ago, federal regulators warned Texas it needed to take steps to better insulate its power plants.

“If wind and solar is where we’re headed, the last 48 hours ought to give everybody a real pause and go wait a minute,” Rick Perry said. “We need to have a baseload. And the only way you can get a baseload in this country is [with] natural gas, coal, and nuclear.”

That argument has been made by numerous conservatives in the midst of the blackouts. But it does not line up with early reports indicating the majority of the lost generation was natural gas plants not wind turbines, which actually performed better than grid regulators had anticipated, said Michael Webber an energy professor at the University of Texas.

“This is becoming the worst state-level policy disaster since the Flint water crisis,” says @JulianCastro.

“We have state leadership—Gov. Abbott, Lt. Gov. Patrick—that want to point fingers at everything except the problem. For the last few decades, they have been the problem." pic.twitter.com/2i9GxX4NFr

The comparison between Biden and FDR is a testament to how little we understand the history of the Democratic Party. Joe Biden comes out of 1970s and 1980s New Democrat thinking, meaning expand social safety net and do industrial policy. Nothing like FDR. https://t.co/FA69yYgpTV

… The global auto industry now expects $61 billion in losses because of the lack of computer chips, which dominate auto production these days (all the better to force authorized dealer repairs on the vehicles). This cannot be turned around quickly, as the lead time for semiconductors is half a year.

This too is industrial policy, it’s just managed by corporations who have incentives to abandon U.S. workers. The Biden team has talked about democratizing industrial policy, through promoting advanced manufacturing sectors and stateside production, with strict Buy American guidelines creating a market. This is disregarded as something Soviet but it springs from a tradition dating back to the Founders. We have always invested in our self-sufficiency, with a detour in the neoliberal era.

There’s a danger that a stated industrial policy just devolves into a lobbying competition. Explicit guarantees are needed so favored companies don’t lapse into the usual preoccupations of American late capitalism, by engineering federal subsidies out to executives and investors. And there’s a danger that we’ve already ceded too much ground. China has 93 lithium-ion battery factories; we have four.

China has figured out a way to enable the U.S. industrial sector to collapse from within, attracting corporations with cheaper labor costs. We haven’t really pushed back on the concept that corporate responsibility only extends to its shareholders, and the inevitable drift of this laissez-faire approach has now built in economic, social, and security vulnerabilities. We need more than studies or shibboleths about economic patriotism. We need to do the work.

The Trump defeat should signal a sea change in US industrial policy.

"[Republican policy] clears the way for Democrats to fill the populist space with their own robust populist progressivism, via large expenditures on economic assistance and stimulus, and their own version of industrial policy." https://t.co/zIVmASYj8W

Many Republicans have spoken explicitly to the need to keep Trump and his voters happy for this reason. Hence the need to retain fealty to Trump.
The rub lies in what declaring fealty to Trump really requires.
It is devolving into little more than a requirement that Republicans hew to QAnon-ified fantasies about the election’s illegitimacy, and that they aggressively hate on the constellation of phantom enemies that, more than anything else, have come to define Trumpism.
What’s missing is any sense that fealty to Trump requires any sort of policy agenda along the lines of the economic populism that was supposed to animate the true spirit of Trumpism. Which gives Democrats an opening to fill the populist space themselves.

Filling the populist space in the Trumpist case is less about the working classes but more about class conflict, often as a tool of the ruling classes.

16. @noamscheiber has an important piece on how Joe Biden thinks about the world. Biden wants an 'industrial policy' to finance the growth of domestic production. That's excellent, but he has to recognize the problem of corporate power as a complement. https://t.co/aWmjAImjbU

While there has been ample recognition of the perils of conservative Chicago School thinkers who sought lax enforcement and deregulation under Republican administrations, less well understood is why the problem of concentrated wealth and power worsened under Democrats as well. This report tracks the cause to a specific ideological framework of antitrust and competition policy officials—the “consumer welfare” standard—that enforcers under both Republican and Democratic administrations have instrumentalized over multiple decades.

To show the power of this ideology among Democrats, this report documents the approach of Obama-era enforcers and competition policymakers, describing how enforcers carrying the consumer welfare banner subverted President Obama’s public pledges to structure markets to be fairer and more stable. It also lays out a host of recommendations to reject the consumer welfare standard and reverse America’s concentration crisis.

These recommendations include expanding existing antitrust actions againhttps://twitter.com/JenGranholm/status/1362016471132626946?ref_src=twsrc%5Etfwst Google and Facebook as a signal to the business community, endorsing congressional recommendations to strengthen antitrust laws, undoing problematic mergers, reviving dormant regulatory and enforcement tools, and engaging in a sustained legislative and executive branch campaign to break up and regulate dominant corporations across the economy.

There is increased recognition on both sides of the aisle that corporate consolidation is a political and economic threat to democracy itself, as well as a growing constellation of efforts at the local, state, and federal level to address it. Now, President-elect Biden and a new Congress have an opportunity to lead the way. This report shows in detail how they can do so.

One thing is certain: America’s electricity grid is simply not able to handle extreme weather events. Whether it’s wildfires in California or snowstorms in Texas, we need to upgrade our grid infrastructure ASAP.

(42670)
$0.00 (as of May 15, 2022 05:17 GMT -04:00 - More infoProduct prices and availability are accurate as of the date/time indicated and are subject to change. Any price and availability information displayed on [relevant Amazon Site(s), as applicable] at the time of purchase will apply to the purchase of this product.)