The GOP polling firm, the Trafalgar Group, has a polling testing the Indiana U.S. Senate race between the incumbent U.S. Senator Joe Donnelly (D. IN) and businessman Mike Braun (R. IN). The poll has good news…. for Democrats!

The poll was conducted between 7/31/18 to 8/7/18. It surveyed 1,420 respondents. The poll also tested how Donnelly is doing with the upcoming vote for Trump’s Supreme Court nominee, Brett Kavanaugh. This time, the majority of Hoosiers would support Donnelly if he voted AGAINST Kavanaugh:

Here’s what Donnelly’s support would look like if he voted FOR Kavanaugh:

So hopefully Donnelly is keeping that in mind as he meets with Kavanaugh:

Judge Brett Kavanaugh continued his courtship with the Senate Wednesday, visiting with two Democrats whose votes could be key to his confirmation as the next Supreme Court justice: Sens. Joe Donnelly of Indiana and Heidi Heitkamp of North Dakota.

Both are red-state Democrats who are up for re-election in the fall and whose votes are being closely watched. They, along with Sen. Joe Manchin, D-WVa., were the only Democrats last year to vote in favor of another conservative Supreme Court Justice, Neil Gorsuch.

Donnelly said he won’t make a decision on Kavanaugh, a U.S. appeals court judge, until after his confirmation hearing before the Senate Judiciary Committee. That is scheduled to begin Sept. 4.

“This was an important opportunity to sit down and talk in-depth with Judge Kavanaugh about his record, experience working in the Bush Administration and serving on the federal bench, and views on the role of the Supreme Court as well as on a range of issues including precedent, health care, and judicial independence,” Donnelly said in a statement.

If you’re a Hoosier, be sure to let Donnelly know you want him to vote against Kavanaugh’s confirmation. Click here to contact Donnelly’s office. 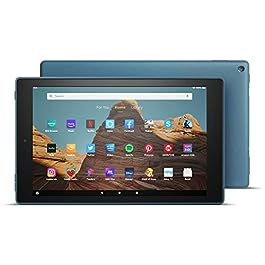