In Formation: 70% of Trump followers could be “anakisks”

“The urge to destroy is also a creative urge,” and Donald Trump’s creativity, however limited, remains confined to cowardly name-calling. “Slow Joe” and “Phony Kamala” are weak sauce.

Trump only took questions from friendly reporters during today's short press conference. He offered up a few more smears of Kamala Harris before skulking away from the podium. pic.twitter.com/7CJyAOBEX9

Trump provides us with teachable moments in his cluelessness about “the radical left”. He’d like anti-social democrats as his opposition, but he’s getting the Democratic party today, hardly “radical left” in 2020.

Calling the Biden-Harris ticket “radical left” is insane (I wish it was a little more radical left tbh). The Republican Party has drifted so far into fascism that they think the center is radical.

We downloaded eight days' worth of tweets containing Marxist/Marxism/communist/communism/socialist/socialism, yielding a total of 1829636 tweets from 657718 accounts. What sort of accounts are tweeting about these topics? pic.twitter.com/AzrXrdUo83

Can a presidential ticket with an old white male party functionary with a younger black woman work? pic.twitter.com/9PUCWhYBLr

Cornell West then attacks Lenin and Mao, mentions them in passing alongside Pol Pot, promotes Proudhon, and talks about “Soviets without Bolsheviks”.https://t.co/CCUtjFqz6T

Russian the only country I know of who proven to have a huge disinformation industrial complex https://t.co/VcVEOpHyU8

Today's press conference is am embarrassment.

You just let Trump accuse Obama of TREASON AGAIN!! without asking for ANY EVIDENCE!!!

Text BIDEN to 50409 right now to make sure you're registered to vote. 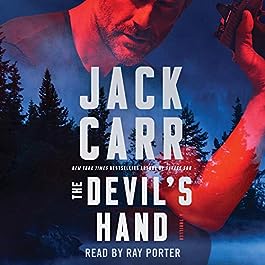