Will Trump wear a mask today, May 5, during his visit to a mask factory in Phoenix.

The reopen Arizona rally ends with a singing of “Amazing Grace.” The host encourages everyone listening to hold hands and touch each other. #12news https://t.co/JdMutBV8Nx pic.twitter.com/5VtRrq1mlL

With President Trump set to visit #Arizona, members of Congress, Republican and Democrat alike, want to know why the $8 billion #CoronavirusReliefFund hasn't been paid to tribal governments are promised by the #CARESAct. #Coronavirus #8BillionQuestions https://t.co/ZcTfaEfR5z pic.twitter.com/3vd8cxYJac

John Oliver to Jared Kushner: ‘If it’s a success story for anyone, it’s for the coronavirus’

“This is a historically new challenge, and we’ve really risen to the occasion,” Kushner said in an interview. “When history looks back on this, they’ll say, man, the federal government acted really quickly and creatively, they threw a lot at the problem and saved a lot of lives.”

The epidemiological models under review in the White House Situation Room in late March were bracing. In a best-case scenario, they showed the novel coronavirus was likely to kill between 100,000 and 240,000 Americans. President Trump was apprehensive about so much carnage on his watch, yet also impatient to reopen the economy — and he wanted data to justify doing so.
So the White House considered its own analysis. A small team led by Kevin Hassett — a former chairman of Trump’s Council of Economic Advisers with no background in infectious diseases — quietly built an econometric model to guide response operations.
Many White House aides interpreted the analysis as predicting that the daily death count would peak in mid-April before dropping off substantially, and that there would be far fewer fatalities than initially foreseen, according to six people briefed on it.

Although Hassett denied that he ever projected the number of dead, other senior administration officials said his presentations characterized the count as lower than commonly forecast — and that it was embraced inside the West Wing by the president’s son-in-law, Jared Kushner, and other powerful aides helping to oversee the government’s pandemic response. It affirmed their own skepticism about the severity of the virus and bolstered their case to shift the focus to the economy, which they firmly believed would determine whether Trump wins a second term.
For Trump — whose decision-making has been guided largely by his reelection prospects — the analysis, coupled with Hassett’s grim predictions of economic calamity, provided justification to pivot to where he preferred to be: cheering an economic revival rather than managing a catastrophic health crisis.
Trump directed his coronavirus task force to issue guidelines for reopening businesses, encouraged “LIBERATE” protests to apply pressure on governors and proclaimed that “the cure can’t be worse than the problem itself” — even as polls showed that Americans were far more concerned about their personal safety.
[…]

Hassett’s data analysis helped affirm this view internally. Hassett said he merely built a tool to evaluate the evolution of data from the Institute for Health Metrics and Evaluation at the University of Washington. He confirmed that he shared his charts internally and that they often showed fewer deaths than IHME or others were projecting — but that he was drawing a curve based on real-time mortality data versus what the charts predicted would happen for the same days.

“I have never, ever said that that’s my projection of what the death count was going to be, and no administration policy has been influenced by my projections,” he said, adding, “It’s an utterly false story that I’ve been a rosy-scenario guy inside the White House.”

Over 1 million cases of COVID-19. Almost 70,000 dead. What is upsetting President Trump? Tough questions from the press. 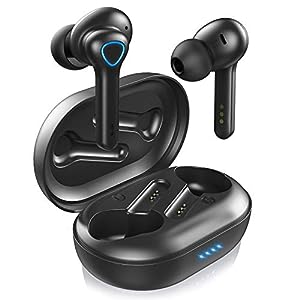