The war on Xmas continues as Santas aren’t essential workers, but VP Pence is, ignoring the guidelines to quarantine after being exposed to not an insignificant number of staffers infected by COVID19. Elves and Mrs. Claus could still be included in the unemployment figures for vaccine promotion. Despair still must be defeated, but at what cost beyond the original $250 million PR campaign.

The Department of Health and Human Services has ditched plans to have Santa Claus actors promote COVID-19 vaccination in exchange for early access to a vaccine the agency hoped would be approved by mid-November, The Wall Street Journal reports. Actors playing Mrs. Claus and elves would have also been included. The Journal says HHS secretary Alex Azar has denied any knowledge of the scheme, which Caputo set up with Rick Erwin, the chairman of the Fraternal Order of Real Bearded Santas.

After a TV hit, @jaredkushner ignored our request to discuss with a group of reporters here the abandoned plan to give early #COVID19 tests to an army of Santas. (See: https://t.co/sjFSyhHUf3) pic.twitter.com/T2fKA9Ii6M— Steve Herman (@W7VOA) October 26, 2020

Whenever you think they can't be worse, they open their mouths and prove you wrong. https://t.co/VdsTbWqhrs

VP Pence “is considered a close contact with Mr. Short”, according to his press secretary.

But Pence—the head of the Coronavirus task force—will not quarantine for 14 days. Instead he will “maintain his schedule.” pic.twitter.com/KTuE1qdvfU

Five of @VP Mike Pence’s closest aides have tested positive for COVID-19. He should be in quarantine – not presiding over the Senate today and putting the health of Capitol staff at risk. Stay home, VP Pence. https://t.co/qrj49RgYNC

In past 24 hours:
* 5 Pence staffers test positive
* 5 Fox News staffers quarantine
* Meadows throws the white flag: “We are not going to control the pandemic.”
* White House planning an outdoor reception for Barrett

The GOP is not spending enough on despair:

For the record, I anticipated this from the start; Nazis do not like it when you show the public what they are https://t.co/WV1dsVthG6 https://t.co/qDvrfDwmmx pic.twitter.com/D0kA1CQWfQ

Florida men: (why yes, there was a Blight on a house) 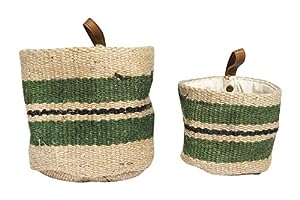