Illiberal Capitalism: In Vogue?: The Present?: The Future?

This is something I have been considering for a long time [10 years or so] and the events of January 6th 2021 are slowly coalescing my thoughts on the subject. Or maybe I’m just slow.

The new Russo-Chinese model is authoritarian and attempts to marry capitalism with a large state role in the economy. Moscow and Beijing increasingly stress a combination of economic growth and nationalism. Furthermore, the two countries have frequently opposed western efforts to exert pressure on repressive governments such as Iran, Iraq, and Sudan.

An Article from New Europe, more recently in2017

The Anatomy of the Newly Emerging Illiberal Model of State Capitalism: A Developmental Dead End?

A new economic model is emerging during the last years throughout the world (from Russia and Turkey, to Brazil, China, Egypt, Thailand and the Philippines). To some extent this might seem a global phenomenon: since the 2008–9 Global Financial Crisis (GFC) state involvement in the economy has been on the rise worldwide and democracy has also been backsliding globally. Both tendencies have been reinforced by the global spread of the COVID-19 pandemic and its consequences.

Throw in the rise of Social Media monopolistic titans, a couple of whom gagged an ex-president, forget about whom was gagged, but remember the ease with which it was done.

Humanity has been programmed to accept “alternative facts” and “misinformation” for as long as religion has existed.

I have often asked that our politicians wear sponsorship labels indicating which corporations contribute to their campaigns. In the name of transparency as it were.

Big Pharma is revelling in its hero status at the moment, burying quite a sordid history for the time being.

The mainstream media in general, oh dear, where to begin, where to end? All I can say is read between the lines and compare sources.

One could take the QAnon bullshit  as a conspiracy in itself, that QAnon theories were spread by those that wished to divide to hide the own nefarious purposes.

Ah, the sheer logic of it all.

The Republicans are busy whistling Dixie, waiting for the next opportunity?

And they call us socialists dangerous. Sheesh.

I fear for democracy.

Published in , AMM and Amorningmuse 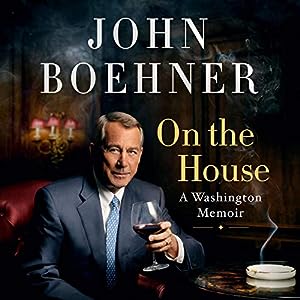