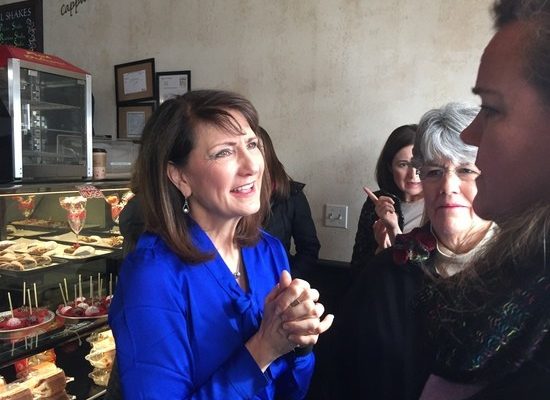 After I ended my campaign for president, I made a promise that I wouldn’t stop fighting for bold and progressive policies and candidates to move our country forward.

Marie has been a lifelong fighter for hardworking families like the one she grew up in. Instead of playing Washington politics, I know that she’ll work to ensure the people she represents can get better health care and a good education—and that immigrants will be protected from Trump’s cruel and inhumane agenda.

This election is in just 26 days, and Marie is up against an eight-term incumbent, machine politics, and a whole host of D.C. special interests. She’s an underdog who needs our support — Will you chip in to support her campaign right now?

You might be wondering why I’m weighing in on a race like this one. It’s because so much is at stake in this election.

At a time when Donald Trump is hellbent on attacking immigrants, targeting Americans’ health care, and undermining a woman’s right to choose–we need champions in Washington who will stand up for our values and protect the most vulnerable among us. Marie Newman will do just that, and that’s why I’m proud to support her.

(43213)
$0.00 (as of May 20, 2022 09:43 GMT -04:00 - More infoProduct prices and availability are accurate as of the date/time indicated and are subject to change. Any price and availability information displayed on [relevant Amazon Site(s), as applicable] at the time of purchase will apply to the purchase of this product.)