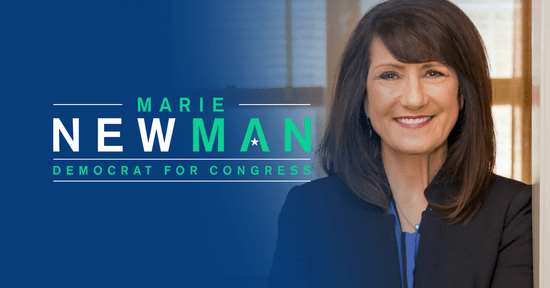 Received this e-mail today from Democracy for America in support of Marie Newman’s (D. IL-03) campaign:

Well, that fake Democrat just made it all the more clear he’s a threat to reproductive rights, and Marie just received a major new endorsement in this race.

So-called Democrat Rep. Dan Lipinski kicked off the new year by joining over 200 Republicans in co-signing a letter urging the Supreme Court to revisit and overrule Roe v. Wade, the landmark decision that maintains a person’s right to an abortion.

Newly elected progressive Chicago Mayor Lori Lightfoot had this to say in response, throwing her support behind Marie for Congress:

It’s beyond clear: Lipinski and his anti-choice actions do not belong in the Democratic Party or Congress, and we have a chance to replace him with a REAL progressive like Marie who will fight for the rights of every person in IL-03.

This Democratic primary election is coming up fast on March 17th, so we’re running out of time to build the resources Marie needs to run an unstoppable grassroots campaign between now and then. Will you rush $5 or more to help her win and kick out this anti-choice incumbent?

Thanks for helping DFA elect powerful progressive women like Marie,