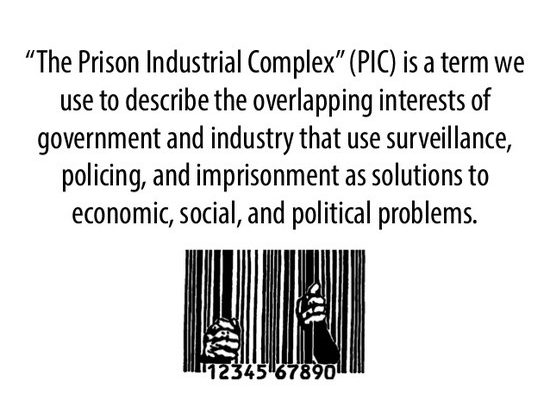 Probably the perfect example of the abuse of free-market capitalism: to use prison labor below minimum wage in general, but even more perfect exploitation to have such labor do boiler room work in call centers for political campaigns. Easy to imagine what GOP subcontractors do in an age of NRA money laundering and Ukrainian shakedowns. And even more problematic will be the Trump campaign’s media framing of this Bloomberg snafu.

They said they canceled the contract yesterday, when I asked them about it.

FORMER NEW YORK CITY mayor and multibillionaire Democratic presidential candidate Mike Bloomberg used prison labor to make campaign calls. Through a third-party vendor, the Mike Bloomberg 2020 campaign contracted New Jersey-based call center company ProCom, which runs calls centers in New Jersey and Oklahoma. Two of the call centers in Oklahoma are operated out of state prisons. In at least one of the two prisons, incarcerated people were contracted to make calls on behalf of the Bloomberg campaign.

According to a source, who asked for anonymity for fear of retribution, people incarcerated at the Dr. Eddie Warrior Correctional Center, a minimum-security women’s prison with a capacity of more than 900, were making calls to California on behalf of Bloomberg. The people were required to end their calls by disclosing that the calls were paid for by the Bloomberg campaign. They did not disclose, however, that they were calling from behind bars.

(51568)
$17.62 (as of May 20, 2022 07:26 GMT -04:00 - More infoProduct prices and availability are accurate as of the date/time indicated and are subject to change. Any price and availability information displayed on [relevant Amazon Site(s), as applicable] at the time of purchase will apply to the purchase of this product.)