Which is the real “shithole” country.

Senegal is testing people and giving results within 4 hours.

The CDC initially chose to develop its own test based on genetic sequencing of the coronavirus initially reported by scientists in China … (The big complaint against the CDC is that they choose not to use the testing kits developed in China, Germany, and Hong Kong)

this week, the CDC has tested 77 people for coronavirus & the Utah Jazz have tested 58.

FROM JUST A handful of cases a few weeks ago, the Covid-19 outbreak in the US has ballooned to over a thousand cases nationwide. The Trump administration’s public response has ranged from incoherent to incomprehensible: denialism about the scale of the problem, failure to test in sufficient numbers, a reluctance to take coordinated, large-scale government action. It’s also raised questions about the US healthcare system’s capacity to respond effectively to a health crisis on this scale. Columbia professor and economist Jeffrey Sachs joins Mehdi Hasan to discuss American capitalism’s failure to deal effectively with the coronavirus.

Jeffrey Sachs: With this pandemic, this government has to be judged on its incompetence, its venality, its ignorance and it will add to our costs and our dangers absolutely in an enormously depressing and significant way.

Mehdi Hasan: Welcome to Deconstructed, I’m Mehdi Hasan. We’re in the midst of a corona crisis, and we have a president who can’t or won’t lead and an economic system that’s just not fit for purpose:

JS: When this pandemic started our secretary of health and human services was talking about how the private markets would organize the response. Unbelievable.

MH: That’s my guest, the world-famous economist and author Professor Jeffrey Sachs. So, on today’s Deconstructed, it’s capitalism versus the coronavirus.

Newscaster: Two hundred and fifty-four people die from coronavirus in China on the deadliest day of the outbreak so far.

Newscaster: If millions of people contract the coronavirus, the death toll could still run into the hundreds of thousands.

Newscaster: The coronavirus outbreak is worse than any terror attack.

Newscaster: The terror of the virus is increasing every moment.

Newscaster: Some people are predicting the apocalypse.

MH: It is difficult to describe, summarize, or express with sufficient outrage the many myriad ways in which the Trump administration has screwed up beyond belief in response to the coronavirus pandemic – as the World Health Organization officially classified it on Wednesday.

Remember: lots of countries are dealing with the political, economic, public health fallout from this virus, but none have handled it as badly as the United States, as the Trump administration. The denialism about the scale of the problem, the failure to test in anywhere near sufficient numbers, even now; the earlier refusal by this president to allow Americans back onto American soil simply because he didn’t want the numbers to go up and make him look bad:

Donald J. Trump: I like the numbers being where they are. I don’t need to have the numbers double because of one ship. If they want to take them off, take them off. But if that happens all of a sudden your 240 is obviously gonna be a much higher and probably the 11 will be a higher number.

But look, it turns out, putting a former reality TV star, a thin-skinned narcissist and egomaniac, in charge of the United States government, and then surrounding him with anti-government extremists, isn’t the best move when the country they’re supposed to be governing gets hit by a public health crisis like one we’ve never seen before in our lifetimes.

People are dying. The virus is spreading. Public health professionals are sounding the alarm bell, because it’s going to get worse, much worse, and this is the response from the president of the United States:

And I’m pleased to say that Professor Jeffrey Sachs joins me now.

Jeffrey Sachs, thanks for joining me on Deconstructed.

JS: Good to be with you.

MH: Jeff, there’s been a lot of talk about the public health implications of this pandemic, as the WHO now calls the coronavirus. There’s also been a lot of talk about the implications for the stock market, for the economy. I want to take a step back with you and ask a bigger question about whether or not there’s something about capitalism, and specifically, the American neoliberal model of capitalism which makes this country and this economy, particularly ill-suited, and ill-equipped to deal with a health crisis like this.

JS: We don’t have a public health system. We have a for-profit, private system. We have tens of millions of people that have no health coverage. We have people that have no primary care physicians. We have no systematic testing. We are scrambling, and it has been weeks with this virus multiplying, with the pandemic spreading in the United States. And effectively so far with essentially zero response by the government. Yeah, we’re just way, way behind. And it reflects the institutions and the mindset because even when this pandemic started, our Secretary of Health and Human Services was talking about how the private markets would organize the response. Unbelievable.

MH: Yes, and I do want to come back to Alex Azar in a moment, just you mentioned the kind of lack of coverage which is, of course, where the mind goes first. How much is a glaring lack of universal health care in the US going to further exacerbate this crisis especially compared to other countries which are also dealing with the coronavirus? I’m from the UK which has a national health service, but they don’t have this problem that the US especially has.

JS: I was just speaking with somebody who was saying that they could not get information from their state public health officials. They were told to go to primary care doctors that they don’t have, there is no testing being done. This is of course an anecdote, but it’s what we’re hearing from all over the United States right now. I’m hearing from doctors in hospitals without the facilities, without the testing kits, without the advice from public health officials. It’s rather shocking.

Denying reality is finally biting Republicans in the ass https://t.co/0eJFym1ksM

Would be good to have a pandemic response team at the NSC right now. Like we did before Trump eliminated it.https://t.co/v4WmdMyyXo 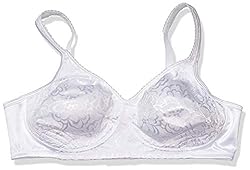