Iceberg calving from Greenlandic glaciers surges as 2019 surface melt season may be record-breaking.

“When you look at several decades, it is best to sit back in your chair before looking at the results, because it is a bit scary to see how fast it is changing,” French glaciologist Eric Rignot, of the University of California at Irvine

I was perusing my climate news feeds this morning and recoiled, yet again, in horror at another report on the human impacts from the climate crisis.

Example A; entire villages in India have been evacuated due to lethal heatwaves and extreme drought. Only the sick and elderly were left behind.

The climate crisis is so apparent and dangerous currently that you would have to have your head in the sand to believe otherwise.

Example B; One of the more dramatic impacts so far this year in the United States have been the constant rainfall in the middle west and southeastern states.

Farmers and small rural towns marvel at the destructive impacts on agriculture. Swamped flooded fields along with stinging tariffs, that their hero Donald Trump unleashed on them, have some farmers facing financial ruin. As the crisis continues to unfold our food supply is threatened.

The irreversible loss of critical topsoil along with industrial fertilizers now funnel into the Gulf of Mexico via the flooded Arkansas, Missouri and Mississippi rivers. The fertilizers are expected to create a dead zone the size of Massachusetts.

Why I mention these two examples of damage from a rapidly heating world is to emphasize that what happens in the Arctic does not stay in the Arctic. And what is happening in the Arctic today is grim, the consequences for all will be dire if the world does not get moving to act on the scale that this cataclysmic haunting requires.

All of us should brace ourselves for the remainder of 2019. The loss of most of Greenland's reflectability, as well as the albedo feedback loop, promises to be a bare ass spanking on a global scale.

Meltwater is filling in the crevasses and ponding on the surface. Ã°ÂŸÂ‘Â‡Ã°ÂŸÂ‘Â‡

While the blue water is breathtaking Ã°ÂŸÂ‘Â€, the early onset of melt over Greenland is concerning for Ã°ÂŸÂŒÂ pic.twitter.com/56g0bZDNDh

Over 40% of Greenland experienced melting yesterday, with total ice loss estimated to be more than 2 gigatons (a gigaton is equal to 1 billion tons).

While Greenland is a big island filled with lots of ice, it is highly unusual for that much ice to be lost in the middle of June. The average “melt season” for Greenland runs from June to August, with the bulk of the melting occurring in July.

To visualize how much ice that is, imagine filling the National Mall in Washington DC with enough ice to reach a point in the sky eight times higher than the Washington Monument (to borrow an analogy Meredith Nettles from Columbia University gave to the Washington Post.)

The brief existence of a meltwater pond: A pond at Store Glacier, Greenland, rapidly drains less than a month after forming. pic.twitter.com/OnapIFzpR7

A persistent weather pattern has been setting the stage for the current spike in melting, according to Mote.
“We've had a blocking ridge that has been anchored over East Greenland throughout much of the spring, which led to some melting activity in April — and that pattern has persisted.”
That high pressure ridge pulls up warm, humid air from the Central Atlantic into portions of Greenland,.which leads to warmer temperatures over the ice. The high pressure also prevents precipitation from forming and leads to clear, sunny skies.
Over the past week or two, that high pressure ridge got even stronger as another high pressure front moved in from the eastern United States — the one that caused the prolonged hot and dry period in the Southeast earlier this month.

Communities in #Greenland rely on the sea ice for transport, hunting and fishing. Extreme events, here flooding of the ice by abrupt onset of surface melt call for an incresed predictive capacity in the Arctic @BG10Blueaction @polarprediction @dmidk https://t.co/Y1EWU1eurA

The Guardian has a much-read piece (includes raw drone footage) on the loss of sea ice in the Arctic.

“Less oxygen and ice, more acid and heat. Jonathan Watts joins an expedition studying what this means for the planet”.

The demise of an entire ocean is almost too enormous to grasp, but as the expedition sails deeper into the Arctic, the colossal processes of breakdown are increasingly evident.

The first fragment of ice appears off the starboard bow a few miles before the 79th parallel in the Fram Strait, which lies between Greenland and the Norwegian archipelago of Svalbard. The solitary floe is soon followed by another, then another, then clusters, then swarms, then entire fields of white crazy paving that stretch to the horizon.

From deck level it is a stunning sight. But from high above, drones and helicopters capture the bigger, more alarming picture: a slow-motion blast pattern of frozen shrapnel radiating from the high Arctic southwards through this strait, which is the interchange of 80% of the water between the ice cap and the world’s oceans.

This is where ice floes come to die, and the cemetery is filling faster each year, according to the leader of this scientific expedition, Till Wagner, of the University of North Carolina Wilmington (UNCW). One of the objectives of the expedition is to investigate why the collapse of Arctic ice is happening faster than climate computer models predict and to understand what this augurs for the rest of the planet.

An important video in understanding the early melt season on Greenland this year. The video immediately below is narrated by one of my heroes, Jason Box. 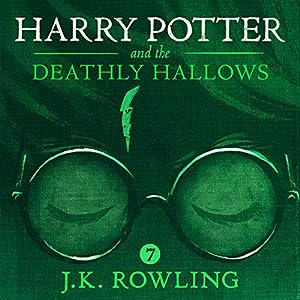