IA-Sen: Vox, “Joni Ernst (R) ties her reelection prospects to Trump with speech at the RNC”

Sen. Joni Ernst had to walk a fine line with her Republican National Convention speech on Wednesday. While she’s likely relying on President Donald Trump’s support to turn out the Republican base in her bid for reelection in November, she also runs the risk of appearing too close to him — and losing Iowans who haven’t been satisfied with his leadership.

In her remarks, however, Ernst made clear that she’s fully aligning herself with the president in the hope that his electoral fortunes will boost hers as well.

“Folks, this election is a choice between two very different paths,” Ernst argued in her speech. “Freedom, prosperity, and economic growth under a Trump-Pence administration. Or the Biden-Harris path, paved by liberal coastal elites and radical environmentalists.”

While Ernst is among several of the president’s allies in Congress featured during this week’s convention, she is also the only vulnerable GOP senator to make a prime-time appearance. Several other senators have been featured in a program streamed online before the convention.

Her decision to highlight Iowa farmers underscores the importance of rural voters when it comes to winning statewide. And Ernst’s speech provided a sharp contrast to last week’s Democratic convention, where Iowa Rep. Cindy Axne interviewed a farmer struggling under Trump’s trade policies.

For Ernst, increasing her margins in rural Iowa could mitigate losses elsewhere in the suburbs, where Democrats have made gains among voters rejecting Trump.

And why she took this tone:

Iowa Sen. Joni Ernst (R) criticized national media outlets at the Republican National Convention on Wednesday over what she said was the lack of national coverage of a recent storm that tore across her home state this month.

“While reporters here in the state were in the trenches covering the equivalent of a Category 2 hurricane, most of the national media looked the other way,” she said. “To them, Iowa’s still just flyover country.”

But Iowa Starting Line points out that her speech was just selling out Iowa to Trump:

Were you only to listen to Ernst’s Wednesday night speech, you might come away with the impression that Trump’s presidency has been an unqualified success for farmers who rely on ethanol production.

“He implemented the sale of E-15 fuel year-round,” Ernst told the country. “That means more choices for you at the pump, and more jobs for farmers in the heartland. This is something the Obama-Biden Administration failed to do in eight years.”

Missing from her remarks were the many ways in which Trump has consistently undermined the biofuels industry. Ernst made no mention of the countless small refinery waivers that Trump’s EPA had approved, far more than the Obama-Biden Administration ever did. They’ve cost the country billions of gallons in ethanol production and caused several Iowa facilities to shut down.

And talk about bad timing for the speech:

The Iowa Department of Public Health on Thursday reported the largest single-day increase in overall coronavirus cases since the pandemic began.

Meanwhile, Theresa Greenfield (D. IA) has been using her personal story to connect with voters on the issues. Here’s Greenfield’s op-ed this week in the Des Moines Register:

I know the difficult conversations happening at kitchen tables around our state. It’s tough to raise a family or run a small business under the best circumstances. Now, it’s more important than ever that our leaders work to give all Iowa women a fair shot.

That starts with permanently expanding paid medical and family leave, and ending our child care crisis. Even if we work full time, women are more likely to be primary caregivers. While Sen, Joni Ernst voted against expanding paid leave in the response to this pandemic, I’ll work so no Iowan has to choose between earning a paycheck and recovering from an illness or caring for a loved one.

Slamming her for being a fake independent voice:

Greenfield said Iowans are independent voters and thinkers – evidenced by the fact they sent liberal Tom Harkin and conservative Chuck Grassley to the U.S. Senate for decades – and she believes she will tap into the independent political vein by running a campaign geared toward putting Iowans first.

She intends “to ask for every vote and fight for every vote in this state,” she said during the taped IPBS show that aired Friday night and will air Sunday.

“I think that is one of the things that Joni Ernst did wrong,” Greenfield said. “She told us she was going to be independent and different and make them squeal. But when she went to Washington, she sided with her corporate donors, not Iowans. No one is squealing in Washington.”

And she’s been going after Ernst’s speech at the RNC:

Yesterday my opponent @joniernst spoke at the RNC. She made it clear she’s on the side of Mitch McConnell — who she votes with 97% of the time! — not Iowans. Iowa is one of FOUR seats we need to flip to take back the Senate. Chip in to help get it done: https://t.co/2NIlNxTMpv pic.twitter.com/hY1yqKByAi— Theresa Greenfield (@GreenfieldIowa) August 28, 2020

Let’s keep up the momentum to flip Iowa Blue. Click below to donate and get involved with Greenfield, Biden and theri fellow Iowa Democrats campaigns: 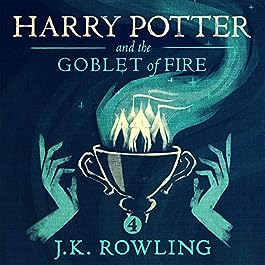