Mitch McConnell and Republicans in Washington — including my opponent, Senator Joni Ernst — have made it their mission to dismantle the Affordable Care Act (ACA), not caring that it would spike costs and strip health care protections away from millions of Americans and thousands of Iowans.

Right now, Republicans are continuing attacks on the ACA in federal court. If it succeeds, the GOP's dangerous lawsuit would end the health care law and protections for pre-existing conditions — giving a boost to big insurance companies while everyday Americans would be left without access to affordable health care.

We're not going to sit back and let McConnell and the GOP play politics with our health care system and put lives at risk. That's why I'm teaming up with Democratic leaders from across the country to urge Congress to stop these attempts at stripping affordable health care from 20 million people.

Are you standing with us? Add your name today to join me and Democrats from across the country in demanding that GOP stop the attacks on the Affordable Care Act.

Samuel, I believe that access to affordable health care should be a right, and no one should have to choose between seeing a doctor and paying rent or putting food on the table. Unfortunately, if McConnell and the GOP repeal the health care law, that could be a reality for thousands of Iowans.

Dismantling the ACA — which my opponent continues to support — will mean big insurance companies boost their profits while hard-working Americans and individuals with pre-existing conditions get left behind.

I'm running for U.S. Senate because I believe that every American should have access to quality, affordable health care without worrying about paying their bills or making ends meet.

If you're with us, add your name to join me and Democrats from across the country in demanding GOP stop the attacks on the Affordable Care Act. 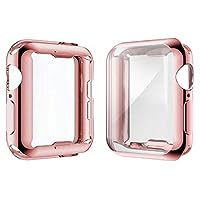