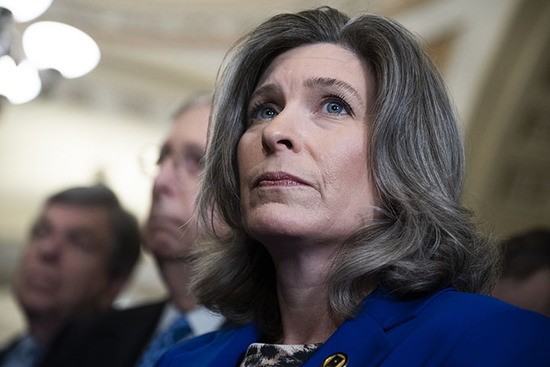 Received this e-mail from Medicare for All & ALS activist, Ady Barkan, on behalf of Randy “Ironstache” Bryce’s PAC, Iron PAC:

I’m reaching out personally to ask for your help.

Recently, the House voted to pass the Violence Against Women Act (VAWA). VAWA ensures basic protections for sexual assault survivors and prevents convicted abusers from being able to purchase firearms.

Even in this divisive moment in our politics — 33 House Republicans understood that passing this bill is the right thing to do.

But when the bill arrived in the Senate, Iowa Sen. Joni Ernst failed to do the same. It’s clear that the $3.3 million Sen. Joni Ernst received from the NRA last year was on her mind when she blocked the Violence Against Women Act from going to a vote — allowing stalkers & abusers to keep their guns.

So we need to make it clear to Joni that this bill can mean life or death for thousands of women, and that she must stand up to the NRA. Please add your name now to the card and urge Sen. Joni Ernst to pass this lifesaving bill.

This is how broken our political system is — our Senators can’t even do the right thing when it comes to protecting sexual assault survivors.

But after all the work Democrats have done to target vulnerable Republican Senators — they’re scared of being the next target and facing our fury.

If Sen. Joni Ernst receives a card on Valentine’s Day with thousands of signatures telling her to vote for the Violence Against Women Act, she’ll know that a massive wave of grassroots resistance is waiting if she fails to act.

Please add your name and help make this card a powerful message to Sen. Joni Ernst that we refuse to sit by as she chooses special interests over survivors.

Time to get to work,