Received this e-mail today from the Progressive Change Campaign Committee:

J. D. Scholten, a Democrat who nearly toppled Representative Steve King of Iowa in a heavily Republican district in 2018, announced on Monday that he would run again for the seat in 2020. His decision sets up a possible rematch with Mr. King, whose history of racist remarks has made him a pariah among Republican leaders, though not always with voters.

Steve King is the top white nationalist in Congress. He must go. When I see J.D. at his first campaign rally tonight, can I tell him you chipped in to help his campaign start strong? Donate here.

Steve King endorsed a neo-Nazi for office. He peddles white supremacy conspiracy theories. And his immigrant bashing sounded like Trump before Trump.

Even in rural Iowa, J.D. had the courage to say today: “Words have consequences. The hatred and racism that has become too commonplace in our country does fuel violence…I don’t care if you’re white, black or brown, we’re in this for you.”

This is not just about winning back one congressional seat. J.D. defeating Steve King is about sending a message to the world — and all Americans — about what America stands for. Please donate to his campaign here.

J.D. Scholten has stood with progressives against corporate monopolies and against big-money interests that corrupt our political system.

He gained national popularity in 2018, is a former baseball player, and released a campaign video today with a voiceover by Kevin Costner! He'd certainly be one of the coolest members of Congress. 🙂 And Iowans love him. Thousands of PCCC members donated nearly $25,000 to J.D. in 2018.

His campaign theme is Fix, Fight, Secure. “We have to fix health care, fight for an economy that works for all of us, and secure our democracy by cleaning up Washington and getting money out of politics,” Scholten said.

“Last time, we hoped to win. This time, we know we can win,” Scholten said today. Can you chip in to help him finish the job and send a message to the world by defeating the top white nationalist in Congress? Chip in here.

Thanks for being a bold progressive…and stepping up at this important national moment. 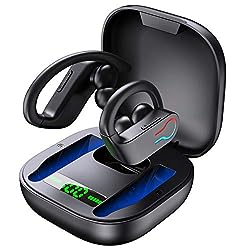