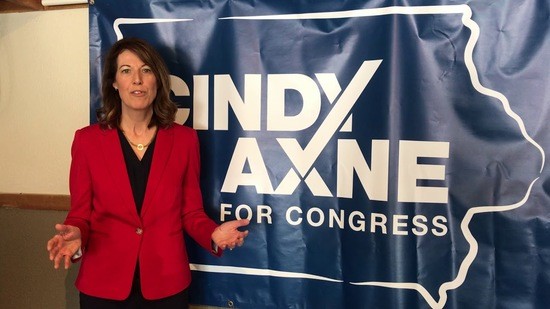 About a minute from now, I’m going to ask you to contribute to three incredible congresswomen who are committed to transparency, accountability, and getting big money out of politics. Let me explain why this is so important:

Our political system is fundamentally corrupted, and at the core of this corruption—this deep rot—is money. The only way to get big, unaccountable money out of our elections is to elect members of Congress who don’t just give lip service to campaign finance reform, but champion it.

Reps. Cindy Axne (IA-3), Lucy McBath (GA-6), and Kim Schrier (WA-8) are those champions. These three House freshmen have led the fight to get big money out of politics, but are facing TOUGH reelection battles, and need our help to win.

Please, make a contribution to Cindy, Lucy and Kim’s campaigns today: We can hold our House majority by electing strong, principled women who champion reform.

This week, I announced Off the Sidelines’ new partnership with End Citizens United: Our effort to hold the House and flip the Senate by electing reform champions across the country.

End Citizens United has listed Cindy, Lucy, and Kim as “reformers at risk”: Election reform champions whose victories in 2020 are NOT guaranteed. But each of these women beat the odds in 2018, and with our help, they can do it again in 2020.

Cindy Axne was elected one of the first two women to represent Iowa in the House in 2018. A fifth generation Iowan, Cindy likes to say she has “sharp elbows” when it comes to getting things done. But she’s facing a well-funded opponent, and Cook Political Report rates this race a “toss-up.”

Lucy McBath became an activist for common sense gun reform after her son, Jordan, was shot and killed. She won her heavily Republican district by just 3,000 votes in 2018, and is now facing an onslaught of attacks by the NRA and other outside groups.

Kim Schrier is the only pediatrician to ever serve in Congress, and ran as a first-time candidate in 2018 after watching her congressman vote to gut the Affordable Care Act. The latest poll has Kim up by only three points—this race is a toss-up.

If you’re looking to support three incredible House members committed to reforming our democracy, I can’t recommend Lucy, Cindy and Kim more highly. Please, click here to split a donation between their campaigns.

Click here to donate to Axne, McBath and Schrier’s campaigns.

(42670)
$0.00 (as of May 15, 2022 06:18 GMT -04:00 - More infoProduct prices and availability are accurate as of the date/time indicated and are subject to change. Any price and availability information displayed on [relevant Amazon Site(s), as applicable] at the time of purchase will apply to the purchase of this product.)