Chuck “I’m no freakin’ TV referee” Todd stated that Senate Democrats and Republican each have a list of impeachment witnesses that are based upon the old MAD (mutually assured destruction) rule with nuclear weapons.  Democrats want Bolton and Mulvaney and who knows else that has dirt on Trump to testify, and Republicans have a wishlist of witnesses that will turn the Senate Impeachment Trial into a circus/Jerry Springer/reality show — “Shifty” Schiff, the Bidens, and the Whistleblower.  Where MAD comes into play is if by some miracle Democrats got their wishlist of witnesses, they would be neutralized by Trump selected witnesses.  Therefore, the threat from Republicans is “Call witnesses Democrats and you will be SORRRRY!”

Because of the MAD approach, the safe betting is no witnesses will be called.  Democrats will then scream that this is a sham trial and use it in the fall.  It does seem to be that way because Senator Dick Durbin was asked if he would be for Hunter Biden to be subpeoned to testify, and he thought that would all be for show because Hunter Biden KNOWS NOTHING about Trump’s shakedown of Ukraine.  Todd pressed him if they should call the Republican bluff on witnesses, and Durbin said that he does not want to be seen to be encouraging that idea.

However, I’m of the Rick Wilson frame of mind on calling of witnesses.  It is a BLUFF.  The moment Democrats say it’s OK if Joe and Hunter Biden show up, then we need Bolton, Mulvaney, Pompeo, Trump, and Pence.  The American people would be fine with this.  They want witnesses and want to see a trial.

However, Trump wants no witnesses from his side to testify.  Even giving them Joe and Hunter Biden will not be enough to get Republicans to agree to witnesses.  This is because Trump wants the whistleblower and Adam Schiff.  Trump wants the whistleblower for intimidation purposes.  Because Schiff is a House Manager, no way is that going to happen.  Therefore, just Joe and Hunter Biden are not going to be enough to satisfy Trump.

Fine.  Give them Joe and Hunter, and watch Trump say, “No.”  It’s a bluff, and it will obvious to the American voters.  Trump cannot defend himself, and this is all a cover up. 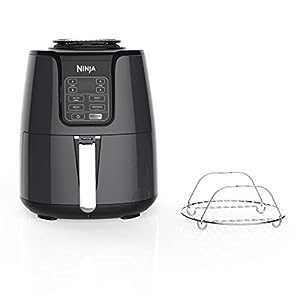