More Trump attention-seeking shtick has happened. He’s threatened to refuse to transfer power. That could really happen because he’s nuts and even if he only represents an anti-democratic 25% of the US population. 26% if you include the plutocrats. It’s going to get worse until Election Day, what with Trump’s inner-child channeling fascist fantasies, blurting things for effect because he’s still losing.

don't really have the words to describe how broken our political and electoral institutions are. maybe the fact that the president can just threaten violence unless he wins the election will convince the doubters that something with the experiment has gone horribly wrong

He's losing so he needs to present a situation that makes him look strong.

He wants you to think state legislatures will do whatever he tells them to do, including overturning the will of their own constituents because Trump ordered it.

#Maddow just got really dark, y'all. It's scary.

'What will you do for your country when it needs you?': Rachel @Maddow tells Americans it's time to defend American democracy https://t.co/Z29SPq2sgb

If we are lucky, this fraught and dysfunctional election cycle will reach a conventional stopping point in time to meet crucial deadlines in December and January. The contest will be decided with sufficient authority that the losing candidate will be forced to yield. Collectively we will have made our choice—a messy one, no doubt, but clear enough to arm the president-elect with a mandate to govern.

As a nation, we have never failed to clear that bar. But in this election year of plague and recession and catastrophized politics, the mechanisms of decision are at meaningful risk of breaking down. Close students of election law and procedure are warning that conditions are ripe for a constitutional crisis that would leave the nation without an authoritative result. We have no fail-safe against that calamity. Thus the blinking red lights.

Right now, the best we can do is an ad hoc defense of democracy. Begin by rejecting the temptation to think that this election will carry on as elections usually do. Something far out of the norm is likely to happen. Probably more than one thing. Expecting other­wise will dull our reflexes. It will lull us into spurious hope that Trump is tractable to forces that constrain normal incumbents.

It’s very easy to donate to @BLMLouisville, and it will piss off @TuckerCarlson.

The story of the 2020 election won’t be about republican vs democrat, the polls, or how much was spent.

It’ll be about how the president openly sought to win the election through unelectoral means.

80% of people who die of covid are 65+. @realDonaldTrump thinks they're nobodies.https://t.co/mCHlOBykys

This is how democracy dies.

A president so desperate to cling to power that he won’t commit to a peaceful transition of power.

That he seeks to throw out millions of votes.

And a Republican Party too craven to say a word.

But we will fight back. America belongs to the people. https://t.co/mIVjh78Xk9

“I fired Comey because of Russia.”

“I asked Ukraine and China for dirt on the Biden family.”

“I want to choose a third Supreme Court justice to help my re-election.”

He says it. You should heed it. https://t.co/kMMhHJehUF

The reason they so adamantly tell us to vote is because they don’t have a plan. Fatalistic are they are about the end of democracy as they know it, they don’t have any strategies beyond electoralism even in the face of the president literally flirting with not leaving office. https://t.co/ZAcRUByT8c

“I say we take off and nuke the entire site from orbit. It's the only way to be sure.”

I figured it out.

Progressives: Please #ListenToBernie and vote for Joe. It's the only way to preserve all the progress we've made. Pass it on.

How to Unsuppress the Vote! Produced by @KateRosenberg4! TURN ON THE SOUND, retweet, quote tweet, and share! TY. #ProtectOurVotes pic.twitter.com/XQGQIsmJH0 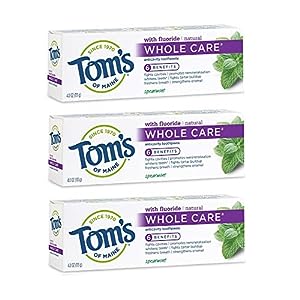