I have a legitimate concern.   I have passed by the CDC more times than I can count.  Emory Hospital, Eglestons Children Hospital and the VA are all right there near the CDC.   I have no idea how many competent scientists and docs work at these life saving facilities.  None of us do.  I would hope we can have confidence in the people who work and study in these faciilities.   I come from a family of doctors.

Access is granted to only a limited number of physicians,scientists, statisticians, and designated support staff of the Centers for Disease Control and Prevention (CDC), or its contractors, as authorized by the system manager to accomplish the stated purposes for which the data in this system have been collected. 2.Apr 11, 2012

I know there were  times around a dinner table as a child, I overheard some pretty scary stories about a few docs and nurses  that had to be committed from being overwhelmed with daily death which overtook their mental abilities to continue to heal and be in a capacity to be the physicians and assistants they were trained to be. They are human and have fraility as we all do.

My concern is not only the self description Caputo made about his mental health, and the shooting war he expects and the shadows on the walls and what else he didn’t admit , does this man with serious mental problems have access to secure areas of the CDC where every known death bug lives?  Is he allowed to walk into the CDC and can he order people to release something as bad as a nuclear bomb?  I know some may think this is hyperbole but I remember too many horror stories I heard about people who had reached the end of their mental ropes.   We are in a very scary and even paranoid time.

The CDC WAS secure before Trump BUT if this cult personality thinks the CDC is the enemy and just laying around in PJ’s and working for the dems and the dems are the enemy and he is predicting a shooting war, a civil war and then proclaims he is the gatekeeper in his own mind, how safe are we really from this man?  Who believes him that may be employed there?

HHS told the Times in a statement that Caputo “is a critical, integral part of the president's coronavirus response, leading on public messaging as Americans need public health information to defeat the Covid-19 pandemic.”
During his broadside, Caputo took aim at the CDC, claiming without evidence that scientists “deep in the bowels of the CDC have given up science and become political animals.”
The scientists “haven't gotten out of their sweatpants except for meetings at coffee shops” to plot “how they're going to attack Donald Trump next,” Caputo said.
During the video on Sunday, Caputo said he expected to stay in his position because the President supported him.
“I'm not going anywhere,” Caputo said in the video. “I swear to God, as God is my witness, I am not stopping.”
Caputo has a history of making inflammatory remarks on social media. CNN's KFile reported earlier this year that he made racist and derogatory comments about Chinese people, accused Democrats of wanting the coronavirus to kill millions of people and accused the media of intentionally creating panic around the pandemic to hurt Trump in a series of now-deleted tweets.

I want him removed immediately.   I think we may be in more danger than just a loon talking.  Dear Sweet God, I hope I am just being paranoid but on September 11th, 2001, The CDC was the first thing that popped into my head after the Twin Towers fell.

Can someone talk me down or reassure me this guy does not have entrance access or the power to order something to escape from the CDC?  We need some congressional people to get Caputo on capitol hill to answer questions PDQ.

No, we cannot wait until November to oversee this maniac at HHS.  That man should not be allowed within 20 miles of the CDC.  Remember Jim Jones?

Cohen said this and this is in my head.  He doesn’t mind exposing his own base to the virus.  But when Cohen said this, again I thought of the CDC.  Afterall he has a bunker and he would kill us all to please Putin.

TRUMP DOES NOT CARE ABOUT OUR LIVES. 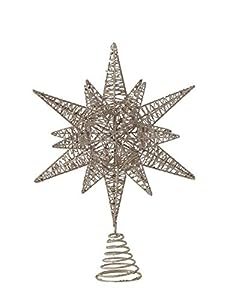 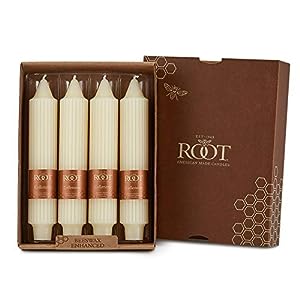