People grieve loved ones to restore their sense of peace when it is disrupted by death. That disruption is more often a result of natural causes but when death is inexplicable and needless, grief serves two purposes.  First, it is a private acknowledgment that life has irrevocably changed. Secondarily, it gives us the courage to face that same irrevocable truth.  Tuesday, former Dallas police officer Amber Guyger was found guilty of murder.  The prosecutors proved that Guyger was not reckless, which constitutes the lesser crime of manslaughter, but that the shooting was intentional making her guilty of the ‘wilful murder’ of Mr. Botham Shem Jean.

A day later she was sentenced to 10 years in prison, with a designation that five of those years be served as part of the proposed parole she earns if she exhibits good behavior. To put that in perspective, convicted black female defendant Marissa Alexander received a 20-year sentence for firing a warning shot at her allegedly abusive husband.  The Jean family, by all accounts, raised a wonderful son. He was a college graduate, a singer, and a member in good standing at his church.  His crime on the night of his death, eating ice cream in his apartment.

Inherent in his shooting was the reemergence of what the rap group Public Enemy called the “Fear of a Black Planet.”  People of color know the drill, especially black men. Cabs zooming by you in the rain after dark; store security following you around and if you are not “dressed to the nine” and declaring your intentions to shop to every salesperson, you are suspect.  Wanting to say out loud it is okay to the 50-year-old white woman in an elevator clutching her purse so tightly her fingers turn purple.  Black men live in a world of perpetual suspicion, if you give in, life is horrid, most of us just deal.

I cannot get into the head of former officer Guyger, but she parked on the wrong floor, put a key, in what she said was an open door, one that did not fit incidentally, and in seconds killed the occupant. I commend the brother [Brandt Jean] of Botham Jean. He reached a point of grief and forgiveness that many of us, including me, could not reach. He asked the judge if he could hug and forgive the woman who murdered his brother. It was not a passing shoulder rub or reticent touch, it was a full-on embrace mere moments after he said, “I love you as a person.” He then allowed Ms. Guyger to cry on his shoulder.

I confess I sat up and wanted to shout, “what are you doing” when I first watched the video.  I was angry that this white woman—a cop, had killed another innocent black man. I was angry that people of color are always asked to be the bigger person, like the families of the Mother Emanuel Church Massacre.  Morgan State University research associate [Stacey Patton] at the school’s Institute for Urban Research said it best, “When black redemption of white America is prioritized over justice and accountability, there is no chance of truth and reconciliation.” In retrospect, both Mr. Botham’s were, and are right, forgiveness is a personal redemptive quality, like grief. 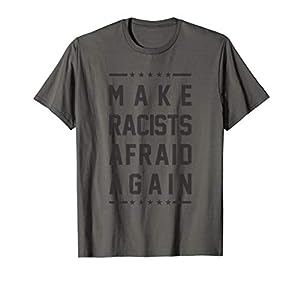