Still more contradictions, smoke, and mirrors. And then there’s the lies, as Trump tries to “get within cheating distance”.

REPORTER: Do you think global warming is a hoax?

TRUMP: “Well I think you have people that don't want to address China.” pic.twitter.com/VogVYP0ulD

No. This entire “middle east peace plan” event was all campaign propaganda. Trump has rewarded each participant and this is their payment to him. Unless the Palestinians are included in an agreement, there is no Middle East peace.

Reality check: Israel has never gone to war with UAE or Bahrain https://t.co/6LttdMsoFB

🔴 Israeli-American businessman Haim Saban, who had a role in the Israel-UAE negotiations, says “The deal is peace for the sale of the F-35 jets. Nixing annexation was a bone thrown at the Palestinians, to reassure them. Annexation was a fever dream.” pic.twitter.com/mg7J8nQ6RV

An ICE detainee is alleging forced sterilizations performed by a gynecologist dubbed “the uterus collector.”

Kali Holloway explains that this is nothing new for the U.S., “the original world-renowned leader in compulsory sterilization.”https://t.co/iInuDkO0SC

Revolting. When did appearing before Congress become optional? When Trump broke the checks and balances of democracy. “DHS says it won’t make officials available for questioning in House probe of Portland protests” https://t.co/isAKbfinFW

Alexander Reid Ross, a geography professor, has mapped out the spread of far right vigilantism.

Since early June, Ross has gathered more than 560 examples of far-right actors and vigilantes showing up to demonstrations and other events.https://t.co/8LxenojBlB

“This is happening under President Donald Trump's watch, it's not Joe Biden's watch or anybody else's watch,” Sen. Manchin says about the Trump admin.'s handling of the racial unrest and coronavirus pandemic.https://t.co/Br8AqGwo8y

While Trump was telling the country that this is just “going to go away” and saying it was like the flu, this was happening behind the scenes. He failed us. He lied to us. #colbert #TrumpVirusDeathToll193K pic.twitter.com/peirHXn34B

Once you've convinced your supporters that there are no sources of accurate information that contradict the president, it's straightforward from there.

“This president is different; the rules are different; and if it doesn’t adapt, fast, the press will stand as yet another institution that failed in a moment of crucial pressure.”

Ron Johnson has made a fool of himself and the senate and repeatedly tells everyone his investigation is to hurt Biden.

And yet MSM reporters are still treating it like it’s a real investigation. Trump ain’t the only one stuck in ‘16.

Why it matters: To his diehard supporters, Trump isn't just a candidate. He's a lifestyle choice and a vehicle for self-expression — a way to continually flip the middle finger at big media, big business, big government … anything big.

A hat, popular in rural convenience stores this summer, says it all: “If You Don't Like Trump Then You Probably Won't Like Me.”

All of that money. For nothing. pic.twitter.com/YusrTWzCT8— The Lincoln Project (@ProjectLincoln) September 15, 2020

I want to buy this man a drink! 😂 pic.twitter.com/HBQkEtUcXj 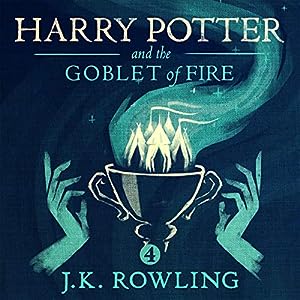