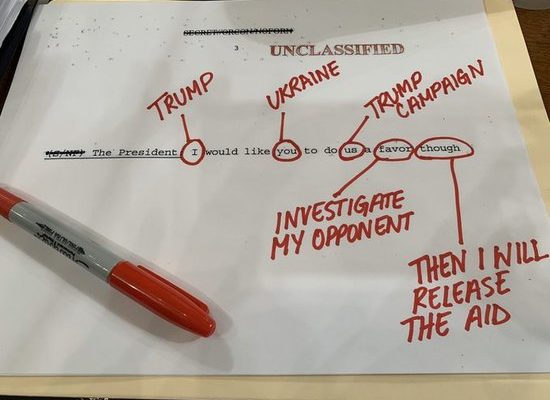 We’re still probably six to eight hours away from the vote, although unless you’re a fan of procedure and love C-Span as much as watching the Weather Channel, it will be a long media day.

I rise today and reflect upon our oath of office to 'support and defend the Constitution, against all enemies foreign and domestic.'

It is my sincere belief that under the circumstances that bring us here today, there is only one path for us to take to fulfill that oath. pic.twitter.com/UBDBi7bS43

(43199)
$0.00 (as of May 20, 2022 09:08 GMT -04:00 - More infoProduct prices and availability are accurate as of the date/time indicated and are subject to change. Any price and availability information displayed on [relevant Amazon Site(s), as applicable] at the time of purchase will apply to the purchase of this product.)