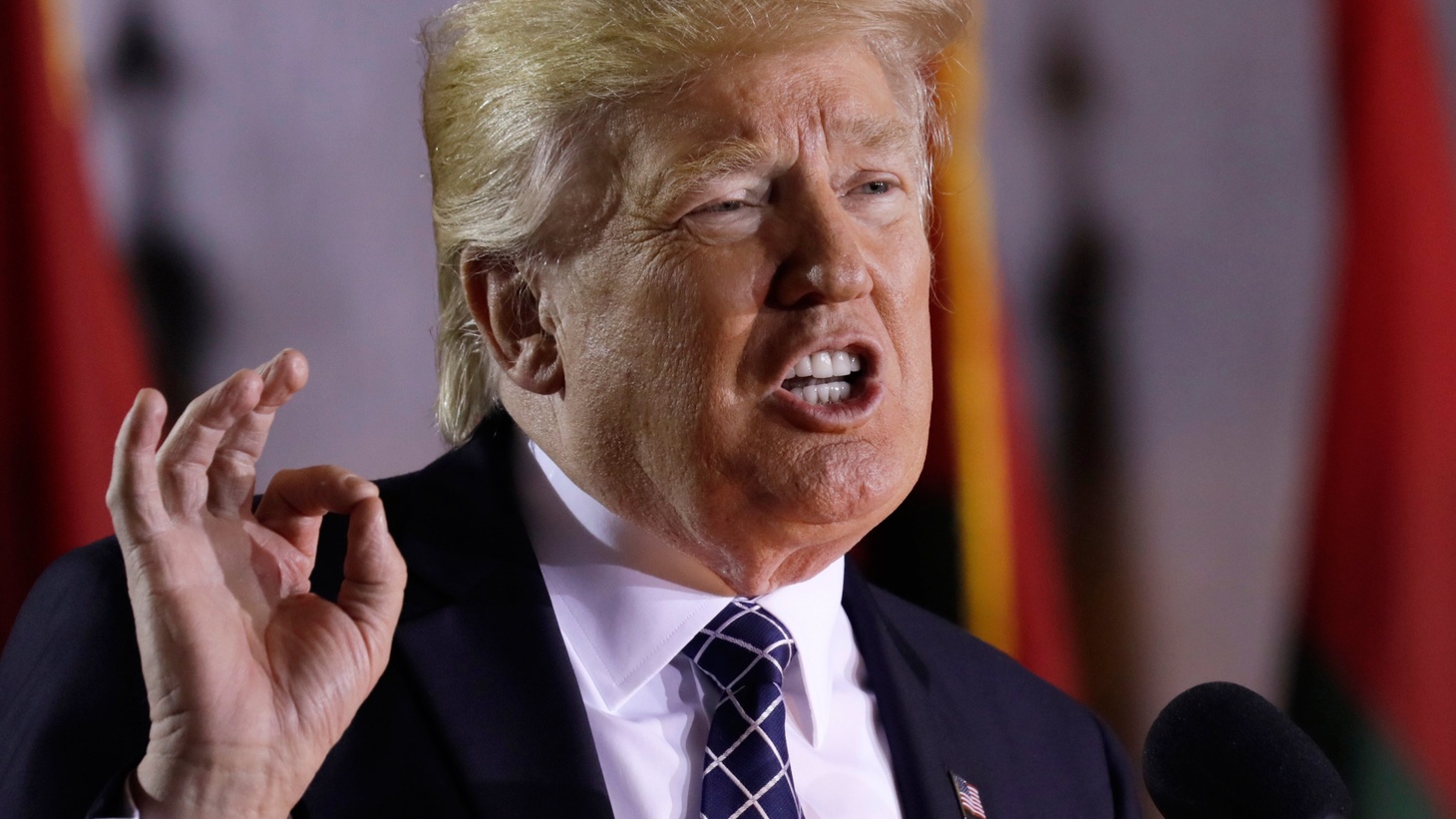 The republic is in trouble as Trump did his first rally of 2020, demonstrating that there will be even less difference between official speeches and campaign rallies. Shtick abides. This time, Trump whines that he “saved” Ethiopia, but he didn’t get a Nobel Peace Prize for it. He repeated the lie from yesterday:

Here’s what he said:

Facts First: The “$150 billion” Trump referenced was not US government money but actually Iranian money frozen in foreign financial institutions because of sanctions – and experts say the total was significantly lower than $150 billion.

The Obama administration did send Iran $1.7 billion to settle a decades-old dispute over a purchase of US military goods Iran made before its government was overthrown in the Islamic Revolution of 1979.

“I did nothing wrong,” he said. “They don’t even know what the hell is going on. In fact, it’s so weak. She doesn’t want to put in the articles. It’s so weak. They’re so pathetic.”
Trump mocked Pelosi by saying she’s “not operating with a full deck,” and House Intelligence Chairman Adam Schiff (D-Calif.) as “you little pencil neck” and then added “He buys the smallest shirt collar you can get, and it’s loose!” He returned to his 2016 rival, Hillary Clinton, again dubbing her “crooked Hillary” and prompting the familiar “Lock her up!” chant from the crowd.

The president boasted of killing Iran’s top military commander, Maj. Gen. Qassem Soleimani, as well the leader of the Islamic State, Abu Bakr al-Baghdadi, who died in a U.S. raid in northwestern Syria in October.

“He was a bad guy,” Trump said of Soleimani. “He was a bloodthirsty terrorist, and he’s no longer a terrorist. He’s dead, and yet now I see … the radical-left Democrats have expressed outrage over the termination of this horrible terrorist. And you know, instead they should be outraged by Soleimani’s savage crimes and the fact that his countless victims were denied justice for so long.”

Anyone who says they care about civility and who laments the negative turn that public discourse has taken in this country needs to acknowledge that the venom coming out of this White House is a primary driver of that negative turn. https://t.co/Zb66Ht4tk1