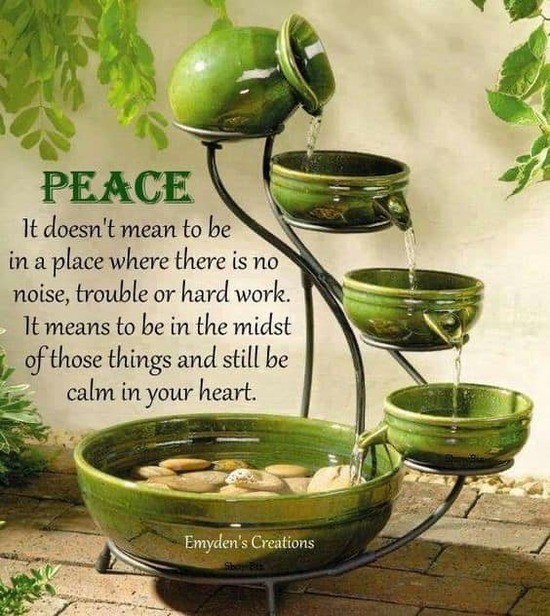 “Dadirri listens and knows, witnesses, feels, empathizes in the pain under the anger, and, if the anger is accompanied by action, seeks to understand the thoughts and feelings behind the action. Dadirri then seeks to find the source of that pain in knowledge-building for a deepening understanding of the more complete story of the person. Dadirri is the stillness and contemplation, in the confusion of chaos as actions of violence are witnessed. Dadirri can also be, however, the chaos of feelings and actions as pain-anger-grief is articulated in processes of relating to the group which is in stillness and listening.” Judy Atkinson, a Bundajung aboriginal

BBC Future has a must-read for those who are acutely aware of the consequences of our inaction to combat the greatest threat that humankind has and will ever face. The transition from a safe and stable climate to a horrifying and brutally painful world in the near and the long term.

We are all impacted by the climate crisis; one need not be in San Francisco when it was covered in soot with the smell of gases along with fine particles inhaled into lungs from the burning of thousands of acres of forest.  Nor do you need to be in Miami and witness the pandemonium of millions of people foraging through empty shelves in the grocery, or nailing plywood into their outside walls. We feel that the fear on a gut level. We can imagine ourselves in the predicament that others are feeling, and it scares the bejeebus out of us.

As humans, we face diverse experiences and pressures that require healing. And as a new epoch is unfolding – the Anthropocene – deep planetary changes and environmental destruction are necessitating healing at individual, community and global scales. Feelings of pain, suffering, fear, anger and grief for those directly affected by climate change or those watching through TV screens are real. From the Inuit in Canada to Australian farmers and island nations, ecological grief and anxiety have been recorded across the world.

As Caroline Hickman argues, these are all appropriate reactions, but defences against these feelings – such as denial, disavowal and paralysis – means we don't make the changes that both us and our planet need. We constantly consume fear-inducing statistics that leave us feeling helpless and numb, which is only made worse by apocalyptic projections of our futures. Day-to-day changes in lifestyle, like riding a bike instead of driving, almost seem laughably futile when you consider the size of the problem. You're just one person being confronted by this extraordinary force, one that seems completely out of your control, so it's hardly a surprise that it becomes difficult to process information and make decisions. So, how do we stay energised and enabled while the disaster unfolds? (Read more about the harm from worrying about climate change and what we can do)

Shealing refers to slow, ongoing, individual and collective efforts to assemble life and livelihoods in post-disaster contexts. Shealing emphasises that healing is a gradual process, sometimes lasting generations, which First Peoples also recognise. It accounts for the complex, asynchronous, non-linear and open-ended character of recovering from a disaster.

The process of shealing requires resisting assumptions that early and fast recoveries are the most appropriate or effective. In a time like today where we face destruction and loss from climate change and disasters, we need to “stay with the ruins” and take our time to memorialise and come to terms with the loss. This can be translated to the emotional toll of the Anthropocene. We must not block out our emotions. We must take our time to accept our anxiety, fear and denial, and come to terms with them, rather than sweeping them away.

This might seem counterintuitive, as in this age of unprecedented and accelerating climate change, we don't have the time to “take our time”. We need to act with urgency. But shealing teaches us that taking one's time does not imply passivity. Shealing is a verb, implying ongoing action and continuity. In the Anthropocene, we must participate in ongoing healing, where fear, anxiety but also hope and action can all co-exist. Having something to do to solve a problem can, after all, help the healing process by moving people from hopelessness to a sense of empowerment.

Shealing also encapsulates a healing process that does not have a perfect end-point in sight. It instead focuses on the daily effort of living on and bringing meaning to one's life. It is a continuous and open-ended process in the present, not focused on a defined endpoint or recovery of some pre-disaster state. This is critical in the Anthropocene. We cannot overestimate society's power of bringing about a happy ending. We need healthy skepticism. Per Espen Stoknes, a Norwegian psychologist, has argued that we cannot base our hope in expectations of a happy ending as we do not have control of that outcome. Shealing may help us focus on finding hope and healing in an open-ended process.

Peter Kalmus writes an eco-anxiety piece in Yes Magazine. One might find solace in his story too.

“There is overwhelming research that distress and anxiety relating to climate is on the rise,” she told me. “Many people, I’d argue, are experiencing what I’d call a ‘latent’ form of climate anxiety or dread, in that they may not be talking about it much but they are feeling it.”

If we’re feeling these emotions or if we know others who are, it would be helpful to talk about them. “The main thing is that we find ways to talk about what we are experiencing in a safe and nonjudgmental context, and to be open to listening. All too often, when anxiety or fear comes up, we all want to push it away and move into ‘solutions.’”

A 2017 report by the American Psychological Association found that climate change is causing stress, anxiety, depression, and relationship strain. The psychological weight of climate change can lead to feelings of helplessness and fear, and to climate disengagement. Not surprisingly, those directly impacted by climate-augmented disasters fare even worse: For example, after Hurricane Katrina, suicide in affected areas more than doubled; the situation in post-Maria Puerto Rico is similarly dire. In general, suicide is projected to rise dramatically due to climate change; in addition to the psychological toll, our brains don’t respond well physically to excessive heat.

To think daily about climate change and any of its dire implications can be a crushing psychological burden. Each of us is just one mammal, with all our mammalian limitations—we get tired, sad, irritated, sick, overwhelmed—and the climate crisis wields the force of 8 billion humans with infrastructure, corporations, capital, politics, and imaginations heavily invested in burning fossil fuel.

“It’s important to remember that inaction is rarely about a lack of concern or care, but is so much more complex,” Lertzman said. “Namely, that we westerners are living in a society that is still deeply entrenched in the very practices we now know are damaging and destructive. This creates a very specific kind of situation—what psychologists call cognitive dissonance. Unless we know how to work with this dissonance, we will continue to come up against resistance, inaction, and reactivity.”