He Who Shall Not Be Named (aka Chester Cheat-oh, aka the Abominable Showman, aka Fuckface McFuckington) now feels compelled to punish everyone, including the phalanx of toadies (aka the Republican Party) who failed to bend abjectly to his will in his final days.

President [He Who Shall Not Be Named] has talked in recent days with associates about forming a new political party, according to people familiar with the matter, an effort to exert continued influence after he leaves the White House.

Mr. T**** discussed the matter with several aides and other people close to him last week, the people said. The president said he would want to call the new party the “Patriot Party,” the people said.

You mean, split the T**** coalition into mainstream GOPsters and cray-cray kookaburra radicals?

And now, back to your regularly scheduled puppies …

Anyone else feel about 350 pounds lighter today? No? Is it just me?

This guy is a natural. Sometimes I laugh so hard I cry.” — Bette Midler on author Aldous J. Pennyfarthing, via Twitter. Trump is gone, but the mocking goes on forever. Thanks to Goodbye, Asshat: 101 Farewell Letters to Donald Trump, Dear Fcking Lunatic: 101 Obscenely Rude Letters to Donald Trump, Dear Prsident A**clown and Dear F*cking Moron, you can purge the Trump years from your soul sans the existential dread. Only laughs from here on out. Click those links! 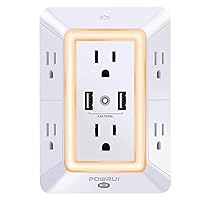