Trump got stuck dealing with his approval of Uighar concentration camps while also signing their condemnation in the Uighur Human Rights Policy Act.

Another screw up like Bunker Boy’s street-clearing stunt, and Trump as usual attacks to divert attention. An angry Trump has spent a number of tweets attacking John Bolton.

BoltonÃ¢Â€Â™s book, which is getting terrible reviews, is a compilation of lies and made up stories, all intended to make me look bad. Many of the ridiculous statements he attributes to me were never made, pure fiction. Just trying to get even for firing him like the sick puppy he is!— Donald J. Trump (@realDonaldTrump) June 18, 2020

….He didnÃ¢Â€Â™t want Bolton anywhere near him. BoltonÃ¢Â€Â™s dumbest of all statements set us back very badly with North Korea, even now. I asked him, Ã¢Â€Âœwhat the hell were you thinking?Ã¢Â€Â He had no answer and just apologized. That was early on, I should have fired him right then & there!

Wacko John BoltonÃ¢Â€Â™s Ã¢Â€Âœexceedingly tediousÃ¢Â€Â(New York Times) book is made up of lies & fake stories. Said all good about me, in print, until the day I fired him. A disgruntled boring fool who only wanted to go to war. Never had a clue, was ostracized & happily dumped. What a dope!

The new Uighur Human Rights Policy Act, which passed the Senate and House unanimously, drew a furious response from Beijing on Thursday during a delicate moment when Secretary of State Mike Pompeo was meeting in Hawaii with Communist Party foreign policy director Yang Jiechi.
The network of detention centers in China’s far west, where more than a million ethnic Uighurs, Kazakhs, Kyrgyz and Hui were at one point believed to be held beginning in 2017, has been condemned by the United Nations and other observers as a gross violation of human rights that goes far beyond what China describes as a deradicalization campaign.

In a forthcoming memoir, Bolton describes a 2019 meeting between Trump and Xi in Japan in which Xi defended China’s construction of the camps — and Trump responded by telling Xi it was “exactly the right thing to do” as he sought to close a trade deal with the Chinese, according to an advance copy of Bolton’s book obtained by The Washington Post.

Trump also “pleaded” with Xi to help ensure he would win reelection in 2020, Bolton alleged.

“Trump said that Xi should go ahead with building the [concentration] camps, which Trump thought was exactly the right thing to do.” https://t.co/xRERc4ubVR

John Bolton to ABC News: “I don't think he's fit for office. I don't think he has the competence to carry out the job. There really isn't any guiding principle that I was able to discern other than what's good for Donald Trump's reelection.” 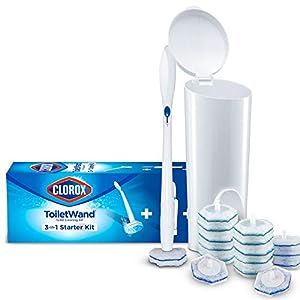