Donald Trump tried his best to erase Barack Obama’s legacy, but Joe Biden is president now, and it falls to him to scrub the ocher shite stains out of America’s Underoos.

One largely symbolic—but nevertheless important—step is to get the Harriet Tubman $20 bill back on track so Frederick Douglass can see those plans come to fruition before he dies, whenever that sad day may come.

The Biden administration says it is “exploring ways to speed up” release of $20 bills featuring Harriet Tubman after the Trump administration delayed the move first initiated by President Barack Obama.
“It’s important that our notes, our money — if people don’t know what a note is — reflect the history and diversity of our country, and Harriet Tubman’s image gracing the new $20 note would certainly reflect that,” White House press secretary Jen Psaki told reporters Monday.

The Trump administration had dragged its feet on the Tubman Twenty because the thought of a Black woman replacing a white man anywhere was anathema to the ocher arschloch. But now that a fierce, proud Black woman has replaced a masticated saltine as vice president, my appetite for such defenestrations has been whetted.

[Treasury Secretary Steve] Mnuchin later said the bill wouldn’t be unveiled until 2028 because of “technical issues.” But The New York Times reported in 2019 that in fact the “basic design already on paper most likely could have satisfied the goal of unveiling” the redesigned note by 2020. The paper said it obtained an image of the new note from a former department official, which “depicts Tubman in a dark coat with a wide collar and a white scarf.”

Andrew Jackson, whose face currently graces the twenty, was a racist asshole. Harriet Tubman was an abolitionist warrior. I know who I’d prefer on my money.

After generations of pro-Jackson historians left out Jackson’s role in American Indian removal — the forced, bloody transfer of tens of thousands of Native Americans from the South — a recent reevaluation has rightfully put that crime at the core of his legacy.

But Jackson is even worse than his horrifyingly brutal record with regard to Native Americans indicates. Indian removal was not just a crime against humanity, it was a crime against humanity intended to abet another crime against humanity: By clearing the Cherokee from the American South, Jackson hoped to open up more land for cultivation by slave plantations. He owned hundreds of slaves, and in 1835 worked with his postmaster general to censor anti-slavery mailings from northern abolitionists. The historian Daniel Walker Howe writes that Jackson, “expressed his loathing for the abolitionists vehemently, both in public and in private.”

This is a clear choice … that Donald Trump apparently couldn’t make without choking on his tongue.

But Donald Trump is the past. Equality is the future.

I’d bet a fat stack of Tubmans on it.

This guy is a natural. Sometimes I laugh so hard I cry.” — Bette Midler on author Aldous J. Pennyfarthing, via Twitter. Trump is gone, but the righteous mocking goes on forever. Thanks to Goodbye, Asshat: 101 Farewell Letters to Donald Trump, Dear Fcking Lunatic: 101 Obscenely Rude Letters to Donald Trump, Dear Prsident A**clown and Dear F*cking Moron, you can purge the Trump years from your soul sans the existential dread. Only laughs from here on out. Click those links! 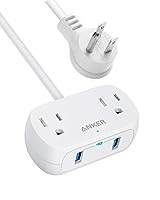