Three weeks after Donald Trump sent his seditionist hordes to assault the United States Congress, he and his confederates in the Republican Party and right-wing press are continuing their cowardly and dishonest evasion of responsibility. They assert that the American people should just “move on” and forget about the treasonous storming of the Capitol that killed five people, injured scores of others, and defiled democracy.

Chief among the Trump apologists is Rudy Giuliani, Trump’s addled attorney who can’t even represent him because he’s also likely to be indicted. Giuliani was interviewed on Steve Bannon’s radio show where he demonstrated why no one in their right mind would hire him as their lawyer. He sought to dismiss the charges against Trump by pointing his bony finger of blame toward others and constructing a thoroughly fictional scenario for which he provided zero evidence. His babbling led to this exchange with a rather baffled Bannon:

Giuliani: The biggest problems were caused by Antifa. That’s where the shooting took place. That was surrounded by all Antifa people. So how can he be held responsible for a whole thing that was planned days before he was gonna speak, that has a mixture of people that hate him and people that support him.
Bannon: But who’s the guy working with the Lincoln Project?
Giuliani: I don’t know if I can reveal his name because we have that from anonymous sources. But he worked in the past for Romney.
Bannon: Okay, hang on for a second. This is why we’re getting blown up all the time. You can’t throw a charge out there like that and then say I got a double-secret probation guy that I can’t mention, but he worked for Romney and worked for the Lincoln Project.

Rudy Giuliani is blaming the insurrection on @ProjectLincoln pic.twitter.com/tj4tu4k1ux

In Trumplandia, if you’ve lost Bannon you’ve sailed off the edge of the flat Earth and fallen into a black hole of conspiracy crackpottery. Giuliani’s accusations against Antifa fall flat, mainly because it’s an organization that is as real as the Legion of Doom. And his libel of the Lincoln Project doesn’t go anywhere either because there isn’t a scintilla of proof to back it up. To the contrary, most of the seditionists who have been arrested have already affirmed their devotion to Trump as the motivation for their crimes.

Furthermore, Giuliani wonders how Trump could be held responsible for a violent uprising that was planned prior to his speech at the rally. That’s an easy one. Trump was a participant in those planning sessions and his campaign even paid the organizers. The rally address wasn’t a coincidental public appearance. It was the climax of a collaborative plot.

It’s also notable that Giuliani refused to name his alleged source because he was “anonymous.” He might want to confer with his client who has distinct opinions about anonymous sources. In August of 2018 Trump tweeted, “When you see ‘anonymous source,’ stop reading the story, it is fiction!”

So this is what it’s come to. Rudy Giuliani is disgorging preposterous conspiracy theories to absolve Trump of his obvious criminal culpability. He can’t prove a word of it, much like his sixty plus lawsuits trying to to overturn the election, for which he claimed that losing was actually part of his master plan. And for his trouble he’s getting slapped down by veteran Trump-fluffer Steve Bannon. What a world. 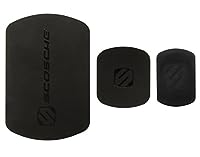