As my parents were divorced since I was two, my dad would pick both me and my younger brother up from my mom and take us every other weekend. He had a super Nintendo with two games that my brother and I spent our lives with: Mario and Duck Hunt. When I was in the first grade, he purchased a Playstation and bought Cabela’s Greatest Hunts. And then, when I was about nine, he bought both me and my brother our own BB guns, which we used outback to shoot birds and pop cans. Every time we went outback we would have to pass by my dad’s gun cabinet, which had five or six different guns.

Even though I have only ever used the BB gun, I still grew up around guns. They surrounded both my brother and I since we were toddlers. My dad knew to keep them locked up, unloaded, with safety on. And quite a few of my friends had the same childhood. Living in central Ohio forty minutes from Columbus, most people in the county are hunters and guns are simply a normal part of life. You approached them in the same manner you would a fillet knife when you fish or a shovel when you landscape. They were tools, and it never crossed your mind to think of them as anything else.

Lawrence O’Donnell spent a part of his Last Word presenting data by the National Institute of Justice, which essentially shows that guns are linked to higher levels of suicide and violence. It also showed that those regions of the US with less restrictive gun laws – particularly as the South – have higher levels of violent crime. And the US is the developed nation with the most violent crime, with guns as weapon of choice.

The data seems pretty clear: stricter gun laws, less violence. There remains one glaring issue: the second amendment. People have the right to attend a movie without worrying about guns, but those same people also enjoy the right to wield them. So where’s the balance, and how do we achieve that?

The second amendment was written when the military and civilians had the same technological footing, to prevent a centralized authority from intruding on the rights of citizens. That is no longer the status quo. While we are no longer paranoid of the government invading our homes – except for those vocal minorities on the far right – we are also no longer on the same technological footing as the US military. The existence of assault weapons are a sad reality of life.

I do not think individuals raised with gun culture are prone to violent crimes. The data presented by the Institute of Justice is still too broad to give us real specifics. The “South” has more violent crime – but where in the South? Rural towns with high levels of registered hunters? Cities that ban guns surrounded by counties with lax gun laws? Or exurbs in between cultures?

Guns are linked with suicide because, unlike other forms of suicide, guns are instant. As someone who works for a suicide hotline, I can promise you that we can save people who have already overdosed, cut themselves, or are waiting for a train or on the edge of a building. Shoot yourself in the head, and there isn’t much anyone can do. People on the extreme edge want something painless, quick, and permenant: guns accomplish this.

I don’t know if there is any data available to support it, but I have a hypothesis: individuals raised in a culture where guns are prevalent have an intrinsic respect for guns, and are therefore less likely to abuse them. In other words, hicks who hunt won’t murder because they’re used to guns, while white collar professionals in the city won’t murder because they’re afraid of guns. I think the problem rests in between, in towns and cities where there is a mixture between those who are unfamiliar with guns and those who regularly rely on them. In my hometown, there are a lot of hunters, and a few weapons dealers; but there are also a lot of religious, white-collar Evangelicals who fear guns. Because we have such a demand for guns, it’s probably easier to get one here than in Columbus or Cleveland. If someone who doesn’t respect guns wants one, they could probably get one here (minus Ohio’s more restrictive gun laws).

I believe in closing background check loopholes at guns shows and adding a psychological component, even if this makes the background process longer. I do not, however, believe in “banning” guns – any guns. People have a right to buy whatever they want if they won’t abuse it. Obviously local communities should have the full right to regulate themselves, but I don’t think that the states or federal government should ban specific weapons. I personally like Ohio’s policy of have various grades of weapons permits, and requiring extreme weapons to be kept in a locked bank vault outside of use.

If someone wants to make a scene, they’ll find a way to do it even if guns aren’t there. The Media thus far has focused on absolutes – federal restrictions or bans on weapons – rather than the real problem – community differences and individual issues. Keep the guns away from those most likely to abuse them – criminals and those with severe issues, but don’t restrict the rights of those capable of handling them.

**Edit: Following reader comments, I decided it was best to provide these following responses to better articulate my perspective.

…by “Gun-Show Loophole” I specifically meaning requiring private sellers to be bound by the same obligations of licensed dealers in public forums – Gun Shows, Flea Markets, and the Internet. Selling alone from your own home is a different situation.

I’m also suggesting something along the lines of releasing these records when you buy a weapon to the licensed dealer. If there’s nothing on Mental health, shread’m. If there is, look at that. (It’d obviously be more complicated than this.) We already release medical records in certain circumstances when we apply to attend college and sometimes when applying for a job. Why not when buying a weapon?

And, ultimately, I’m less concerned with “solving” the problem and more concerned with “minimizing” the opportunity for tragedy. I don’t believe social problems can be solved, only diluted.

Hank is deeply religious, not affiliated with any political party, and among the first generation in is blue-collar working family to attend college. 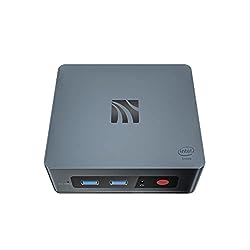 (112)
$299.99 (as of May 23, 2022 05:11 GMT -04:00 - More infoProduct prices and availability are accurate as of the date/time indicated and are subject to change. Any price and availability information displayed on [relevant Amazon Site(s), as applicable] at the time of purchase will apply to the purchase of this product.)