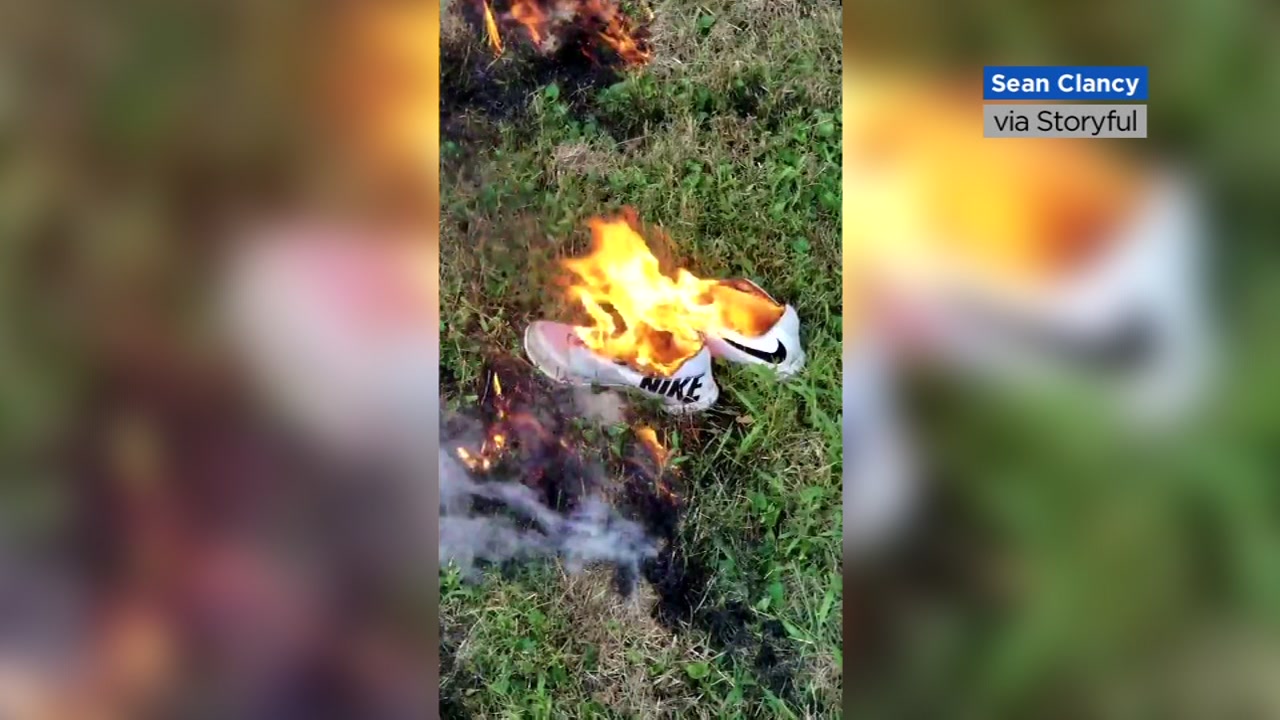 Nike is a multi-billion dollar brand that dominates the global sportswear market. Naturally, they hire the best marketing executives in the business. They knew exactly what they were doing when they decided to promote the hell out of Colin Kaepernick. Their research showed three things that we liberals have known for quite some time:

Let me repeat that last one: his trashy racist supporters can BE IGNORED. Nike executives are about profit, and that means real, hard numbers. There is no argument about needing to try to “understand” or “court” them. They crunched the numbers and decided it was best to go all in, and throw a get-up-in-your-face SCREW YOU to the anti-American, pedophile-excusing, Russian-collaborating bigots.

Yet perhaps even Nike was surprised by how ridiculous their response was. Trump’s mental midgets took to the streets—or their backyards, and burned gear they had already bought.  Many called Nike to tell them that they are throwing their shoes off of overpasses. And still others emulated this guy, who clearly doesn’t know how scissors work:

Our Soundman just cut the Nike swoosh off his socks. Former marine. Get ready @Nike multiply that by the millions. pic.twitter.com/h8kj6RXe7j

Trump responded by egging his followers on, and once again lied to them by saying Nike is getting “absolutely killed with anger and boycotts”.

So…how has it worked out in reality?

Fears of a hit appear overblown as consumers, brand experts and analysts cheer an edgy and risky marketing move.

After an initial dip immediately after the news broke, Nike’s NKE, -0.12% online sales actually grew 31% from the Sunday of Labor Day weekend through Tuesday, as compared with a 17% gain recorded for the same period of 2017, according to San Francisco–based Edison Trends.

“There was speculation that the Nike/Kaepernick campaign would lead to a drop in sales, but our data over the last week does not support that theory,” said Hetal Pandya, co-founder of Edison Trends.

Sure, they lost some of the old, out of shape, poor, stupid people demographic. I think they are okay with that.

Meanwhile, Nike is the top trending topic on social media, their stock has been rapidly rising since the campaign began, and they opened up their market to a ton of new customers.

In other words, Nike was sure to stack the ad with all the types of people who Trump supporters hate.

The attempt by the president and Fox News to paint this as somehow anti-American has failed spectacularly. Only idiots think this is about the flag, of which Donald doesn’t know the color scheme, or an anthem to which Donald doesn’t even know the words.  (It doesn’t help when Trumpsters demand people stand for the flag while they are sitting on it and wiping their nose with it.)

Yeah, sure, Nike is a corporation, out to make a buck.  But I don’t agree that they are “co-opting”  a cause, they are supporting it. It may be just because it’s profitable—but consider that suddenly, fighting for black lives is no longer viewed as a calamitous choice. That’s a big deal.

Fighting police brutality against unarmed, black youths was never just one man’s protest, but a movement. And now, finally, that movement has clearly gone mainstream.

(51283)
$17.62 (as of May 15, 2022 20:29 GMT -04:00 - More infoProduct prices and availability are accurate as of the date/time indicated and are subject to change. Any price and availability information displayed on [relevant Amazon Site(s), as applicable] at the time of purchase will apply to the purchase of this product.)