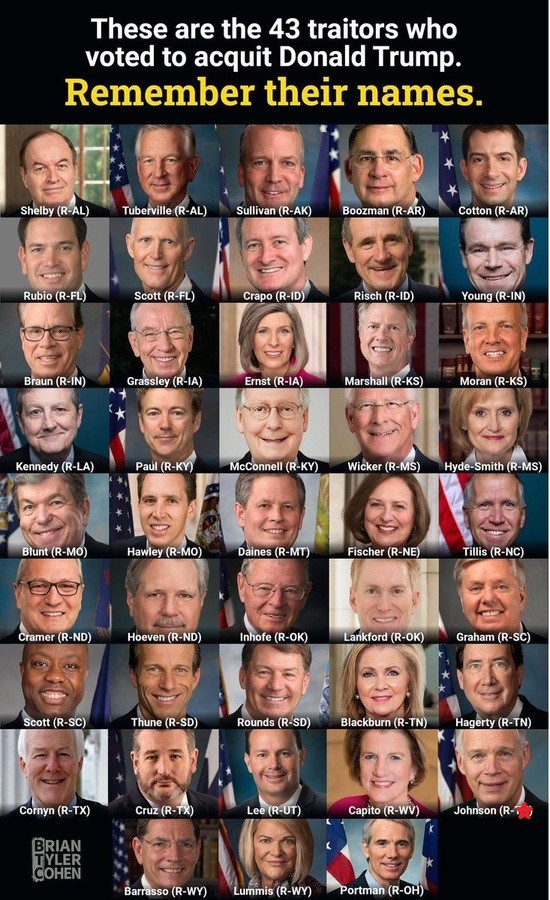 2022 may appear to recycle the Big Lie because they got nothing.

Turn on the Sunday shows and this is what you get—

More precisely, Scalise lies by stating that states didn’t follow their own laws with respect to elections.

Many courts considered that issue and completely rejected that claim. https://t.co/SvFyw4dNaS

Steve Scalise refuses to say that Trump bears responsibility for the January 6 insurrection he encouraged pic.twitter.com/BOjTwKd9qM

He knows their own state courts found the opposite, yet he & other GOP leaders continue to peddle the big lie. How would the US react if another country did the same? We’d demand it accept election results. And yet a large portion of our own country refuses to do the same. https://t.co/la1GjI5wD5

A Small Group of Militants’ Outsize Role in the Capitol Attack – The New York Times https://t.co/uslvcR18QW

Prosecutors previously said Jessica Watkins had waited for direction from Trump — and believed she had received it before she joined the siege, allegedly leading several others into the Capitol building to fight against Congress’ certification of the Electoral College vote.
Watkins’ defense attorney, Michelle Peterson, wrote on Saturday that her client and other supporters of Trump had believed the then-President would invoke the Insurrection Act to use the military to overturn what he falsely said was the fraudulent election of Joe Biden. And Watkins and others believed “they would have a role if this were to happen,” the filing said.
“However misguided, her intentions were not in any way related to an intention to overthrow the government, but to support what she believed to be the lawful government. She took an oath to support the Constitution and had no intention of violating that oath or of committing any violent acts.”
Watkins’ attorney argued in the filing her client had worn tactical gear potentially to defend herself, and walked up the Capitol steps with other Oath Keepers in a “stack” formation because the group may have wanted to stay together in the crowd.
www.cnn.com/…

“I know my fucking rights, my First Amendment right to free speech, my Second Amendment right to carry a gun, to shoot your fucking ass if you come to my house,” a Florida woman responding on TikTok to questions from the FBI about her trip to DC on Jan 6. https://t.co/vW9ZAUjcOG

[…] a prerequisite for leading our conference is continuing to lie to our voters, then Liz is not the best fit,” he recently said on a phone interview Friday. […]

(85484)
$0.00 (as of May 15, 2022 23:57 GMT -04:00 - More infoProduct prices and availability are accurate as of the date/time indicated and are subject to change. Any price and availability information displayed on [relevant Amazon Site(s), as applicable] at the time of purchase will apply to the purchase of this product.)