Marjorie Taylor Greene brings the John Birch Society and its conspiracy nonsense back to the foreground, reminding us how the Koch brothers kept the GOP, now GQP always strange.

“Denouncing Q-on, I don't know if I say it right, I don't even know what it is– any from the shootings, she said she knew nothing about lasers” pic.twitter.com/R49WoE9TvL— The Recount (@therecount) February 4, 2021

So glad more people are making connections to John Birch Society. Trumpians are also descendants of Moral Rearmament and still contemporary with Amway, the entrepreneurial individualism of the “American Way.”

Before she was elected to the House of Representatives as a member from Georgia, Marjorie Taylor Greene, the Trumpy, QAnon-friendly, conspiracy-toting, gun-lovin’, mass-shooting-denying, assassination-promoting lightning-rod Republican, was a top official of the Family America Project, a right-wing outfit. In that capacity, she served as one of a handful of moderators of the group’s Facebook page, which has provided a forum for death threats against Democrats, bigoted attacks on the Obamas and others, and assorted conspiracy theories. The group has also championed the John Birch Society, a far-right conspiracist outfit that claimed throughout the Cold War that globalist and communist treason had penetrated the highest levels of US government.

This image with the comment “Start with Hillary and obama!” appeared on a Facebook Group page for which @mtgreenee was a moderator. The page also included racist and conspiratorial posts–and endorsed the John Birch Society. See my scoop:https://t.co/LJWKLgJodS pic.twitter.com/RO2SbxRREY

Just asked Rep. Marjorie Taylor Greene to confirm whether she denounced her previous remarks/embrace of conspiracy theories after telling her colleagues she did today.

Why say one thing publicly and make another stmt privately?

Asked why not say this publicly?

Did I get this right?

for Hannity, that seems like a disowning of Greene https://t.co/MLwMULMF4o

If you do nothing else today please watch this 2 minutes.

Matthew Cooke breaks down QAnon, its embrace by the GOP, their attempt to overthrow our democracy, white supremacy, and more.

Pass it on if you feel it…pic.twitter.com/wadfTo7J4S

135 more House Republicans voted to keep Liz Cheney in leadership than voted to impeach Trump, even though the reason Cheney’s position was under question was her vote for impeachment.
The leadership vote was secret ballot. A secret ballot impeachment would be interesting.

Here's a tidbit for you: measured by crowd size, the J6 insurrection at the U.S. Capitol was the largest property-damaging protest event of the Trump era, and it produced more police injuries than any other protest event of the past four years as well, per @crowdcounting data. 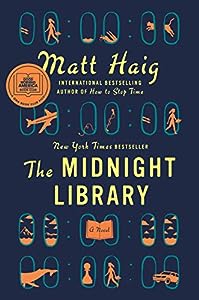 The Midnight Library: A Novel