Kentucky Governor Matt Bevin exposed his kids to chickenpox instead of getting them vaccinated.

“Every single one of my kids had the chickenpox,” Bevin said in an interview with WKCT, a Bowling Green talk radio station. “They got the chickenpox on purpose because we found a neighbor that had it and I went and made sure every one of my kids was exposed to it, and they got it. They had it as children. They were miserable for a few days, and they all turned out fine.”

Bevin is a full on anti-vaxxer:

In the interview, Bevin also suggested that the government stay out of mandating vaccines. In Kentucky, varicella (chickenpox) is among vaccines mandated for all children entering kindergarten, though parents may seek religious exemptions or provide medical proof that a child has already had the disease.

“And I think, why are we forcing kids to get it?” Bevin said in the radio interview, speaking about the chickenpox vaccine. “If you are worried about your child getting chickenpox or whatever else, vaccinate your child. … But for some people, and for some parents, for some reason they choose otherwise. This is America. The federal government should not be forcing this upon people. They just shouldn’t.”

Medical experts basically said that Bevin jeopardized the health of his children:

“I would never recommend or advise it,” said Dr. Robert Jacobson, a pediatrician and expert in vaccines and childhood diseases at the Mayo Clinic in Rochester, Minnesota. “It’s just dangerous.”

The U.S. Centers for Disease Control and Prevention also urges against deliberately exposing kids to chicken pox, including the past practice of “chicken pox parties” held by some parents

“Chickenpox can be serious and can lead to severe complications and death, even in healthy children,” according to the CDC website.

Can lead to DEATH.

Did I mention that Kentucky is experiencing an outbreak of Hepatitis A that has killed 44 people lately?  There is a vaccine for Hepatitis A. 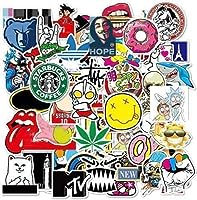