As in 2016 there are key counties that will lead to victories. The NY Times identifies 20 of them, even if there could be surprises in the final counting. The weird calculations include the multiple visits in 2016 and 2020 to Macomb county, Michigan by Trump and the insistence on thinking that superspreader rallies are the key to victories even as 700 people have been COVID-killed by 18 Trump rallies.

What’s worse is assuming that polling will help predetermine the final vote counts at the county level. The 155,000 victory vote margin in 2016 only makes us even further incensed by the 2020 campaign. 48 damn hours left. And malign stuff might be happening. In spite of too much angle playing, can one assume Americans didn't care how corrupt Trump is, especially if he wins regardless of our best efforts.

Six states are critical to whether President Trump wins re-election.

But within them, 20 counties may be decisive.

Many of the places that were critical to President Trump’s victory four years ago will also decide whether he wins a second term or loses to Joseph R. Biden Jr. Let’s take a look at where Mr. Trump’s support was  strongest and  weakest in the 2016 election.

Trump also concluded his 2016 campaign with a Grand Rapids rally. For the next four years, he would inflate its crowd size.— Daniel Dale (@ddale8) November 2, 2020

Monmouth poll was taken as coronavirus crisis was taking hold

Biden leads in areas that were key to outcome of 2016 election https://t.co/FiHkiHXeAm— Karol Cummins (@karolcummins) March 24, 2020

Unfortunately, it is now too late now to remove the cellular modems in WI, MI, FL, MN, IN, IL, & RI, which connect both the precinct ballot scanners & county election management systems (which aggregate precinct totals) to the internet. 2/ https://t.co/nd4iIdQuyo

Trump is a political genius. 1 day before the election he supports a crowd chanting “Fire Fauci,” a doctor with a higher approval rating than him and whom more Americans trust during this pandemic that has killed over 230,000.

One candidate has said he will make Fauci his top medical advisor on the pandemic.

The other says he intends to fire him.

You decide which is the best path to protect your family, and get our country going again. https://t.co/yQaIrG6uv8

We're going to need strongly pro-democracy journalists in the years ahead, so it's good to see Jake flying that flag. https://t.co/pSqdToID0b

“It will take years to recover from four years of Trump. And if he manages again to confound the polls and win, it will take more than prayer, no matter how fervent, to save us and our democracy.”https://t.co/88WL6rZhb0

Trump just said at a rally he wants to physically assault Biden and thinks he would win in a fight because Biden has thin legs. This actually just happened. 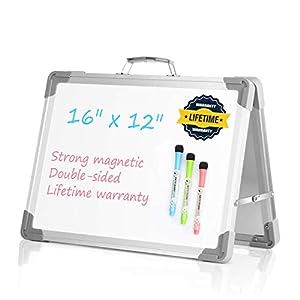