The gist: They’re “extremely popular,” so we can’t ban them.

Here’s the nuttery in all its glory:

FOX NEWS’ SANDRA SMITH: The shooter in Dayton had over 240 rounds at his disposal when he was shot and killed; he had the capacity to kill many more. Are you making any calls or recommendations on changing laws pertaining to that?

TOOMEY: So, my focus is on keeping guns out of the hands of people who should not have guns, people who have no legal right to a firearm. You know, guns that are described as assault weapons are almost invariably no more powerful than ordinary hunting rifles. They look different. They’re painted black and they’ve got features that an ordinary hunting rifle doesn’t have, but they’re no more lethal and …

FOX: What about magazine size?

Wow. On Fox News, @SenToomey says he's not in favor of additional regulations on military-style weapons because "they're extremely popular, and so to ban an extremely popular firearm — I'm not gong to support that." pic.twitter.com/NlritaEu6K

You know, I remember having a great time whipping Jarts at my brother while looped to the gills on bath salts. I laughed so hard I squirted unpasteurized black market milk out of my nose. But I’ll never be able to relive that day because all those things were banned, despite their popularity.

You know, violent video games are pretty darn popular. And weed. And heroin, for that matter. And pissing on the future gravesite of Mitch McConnell so there’s a healthy urine aquifer in place to drop his royal sarcophagus in.

All those things are super popular.

So maybe you want to change your bullshit answer, Sen. Toomey? 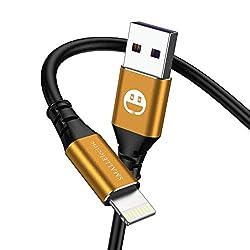