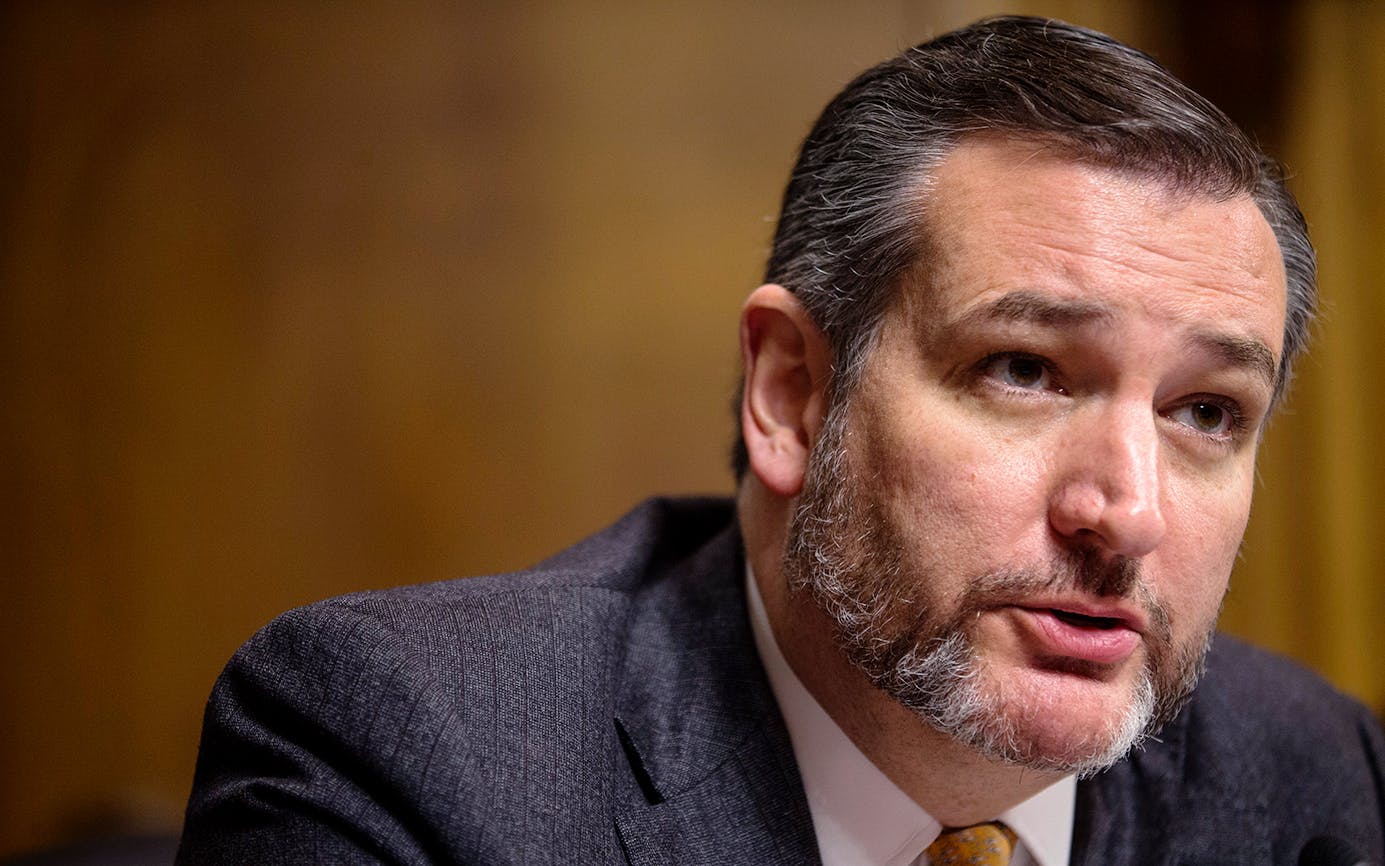 I’m not in a jovial mood today. I woke up on the wrong side of the bed … because my bed is still in America. If it straddled the U.S.-Canada border, I might have had a puncher’s chance—but no. I had to wake up here—in the land of the mask-free, gun-obsessed asshole.

Needless to say, I have mixed feelings about my native country these days. We elected a Democratic president, Democratic Senate, and Democratic House, but the wreck and ruin of the Trump years are still everywhere around us.

And, yes, we still have lots of horrible congresspeople mucking it up for the rest of us. Consider today’s Senate hearing on gun violence.

First up is Sen Ted Cruz of Texas/Cancun, who is outraged that anyone would ever question prayer’s unique power to make people forget he’s a corrupt, conniving homunculus (second tweet):

"I don't apologize for thoughts or prayers" — Ted Cruz pic.twitter.com/ngtcNM4hOc

CRUZ: “I agree it’s a time for actions, and by the way, I don’t apologize for thoughts or prayers. I will lift up in prayer people who are hurting and I believe in the power of prayer, and the contempt of Democrats for prayers is an odd sociological thing.”

Uh huh. And Ted Cruz is an odd sociopathic thing, but we knew that already. Though I do have to say Ted’s human impression is getting better every day. By the time he runs for president again he may even be able to pass the Turing test.

Then came Sen. Marsha Blackburn of Tennessee. You won’t believe this shit, yo.

Sen. Marsha Blackburn (R-TN) doubled down on a point made by fellow Republicans concluding that Americans were purchasing guns to protect themselves in the wake of racial justice protests last summer.

Blackburn said that gun sales had skyrocketed to “record levels” in her state which she attributed to demonstrations taking place last summer.

“Americans are turning to their Second Amendment rights as a way to protect themselves and their families. Many people were so disconcerted with the violence that they saw last year on our streets, the rioting that took place during the summer, and they’re fearful,” Blackburn said.

Is that why a suspect murdered 10 people at a grocery store yesterday and another dude killed eight people in Atlanta just a week ago? They were afraid of Black Lives Matter?

I suppose there’s some truth to the idea that people are arming themselves to the teeth out of a sense of fear (that Donald Trump and Republicans deliberately stoked for political gain), but I don’t think Blackburn is making the airtight argument she thinks she is.

It doesn’t matter how many mass shootings happen in this country. Republicans’ solution will always be more guns and more heads planted firmly in the sand. The only way to fix this mess is to get rid of the Republicans. Full stop.

Here’s a good place to start.