You’ll need a strong stomach for this one.

The National Republican Congressional Committee has taken out an ad titled “Knee” that attempts to question the patriotism of Dan Feehan, a Democratic candidate for Minnesota’s 1st District.

It’s a tactic that might work if you knew absolutely nothing about the two candidates. Feehan is an Iraq War veteran who served two tours. His opponent, Jim Hagedorn, has never served in the military.

Here’s the text of the ad:

“Millions have paid the ultimate price defending the values our flag represents. Land of the free, home of the brave. And they never took a knee. But liberal Dan Feehan celebrated Colin Kaepernick’s protests of our national anthem. Even said Kaepernick’s kneeling matches the patriotism of our military. Tell Dan Feehan, real patriots stand together.”

Of course, this is typical of Republican rhetoric these days. If you bone spurred your way out of Vietnam or snagged a sweet National Guard slot through your daddy’s connections, you can say whatever you want about those who actually did serve, as long as you dry-hump Old Glory enthusiastically enough at your rallies. Because to Republicans, true patriotism is about bravely sending other people into harm’s way, not endangering yourself.

Of course, this tired tactic isn’t sitting well with some veterans. The Minnesota Democratic-Farmer-Labor Party compiled the reactions of several veterans. And they weren’t having it.

“When I see people like Jim Hagedorn, who has never served, and his Republican allies in Washington attacking Dan for his record of service, it makes me sick,” said Army veteran Brad Hanson of North Mankato. “It would be one thing to attack Dan’s policy positions. But to call in to question his commitment to our troops is disgusting. Not only has Jim Hagedorn never served, he has a history of mocking those who have and making light of their service. He’s made fun of prisoners of war and wounded warriors, dismissing their service and sacrifice for his own political gain. That’s just wrong.”

By the way, Hagedorn isn’t just a hypocrite. He’s also a nut. He once said California Republicans should nominate “good-looking female actresses with nice boobs,” argued that gay sex should be illegal, and suggested removing Lincoln’s face from Mount Rushmore to make way for Ronald Reagan.

So how did he become the GOP nominee? How do you think? Republicans have lost what’s left of their minds, that’s how.

Click here if you want to contribute to Dan Feehan’s campaign. 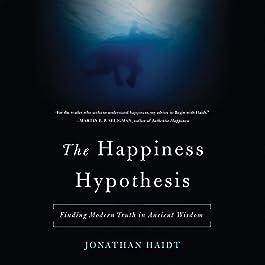