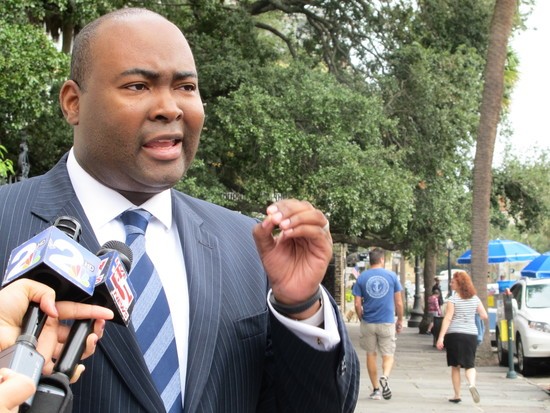 Maybe Lindsey’s idea to convert himself into Trump’s boot licker wasn’t such a hot idea idea after all.

Although Lindsey Graham is still currently the favorite to win in this safe Trump state, he is trending downward after several major embarrassments. On the flip side, Democratic challenger Jamie Harrison has been steadily rising in the polls.  Although Graham remade himself into a sycophant, it has not helped him much in riding Trump’s coattails.

Graham’s approval rating is historically low for an incumbent: 35%. However, 58% said they want someone other than Graham.  Worse, the latest national poll commissioned from Change Research shows that Harrison only trails Graham by seven points.

If Harrison wins, South Carolina will be the first state to be represented by two African-American Senators, with the other being Republican Tim Scott.

This quarter, Harrison raised $2.1 million, which is the largest amount a Democratic Senate candidate has ever raised in South Carolina.  It breaks the previous record of $1.5 million, which was set by—-wait for it—-Jamie Harrison. That was what he raised the previous quarter. Better yet, unlike Graham, most of the money is in small donations.  Last time, it was over 60,000 donors with an average donation of $26.  Unlike large corporate donors, Harrison can return to the well several times.

Next quarter is expected to be even higher.  That is why the GOP is shaking down their donors in an attempt to pour money into a race that should not be competitive at all.

It has been pointed out that Lindsey has always been a Beta male that assumes a subordinate role to a strong Alpha. That Alpha used to be John McCain, but after his death, Graham decided it would be the man obsessed with insulting McCain—a man that Graham had previously said was a “kook” and “unfit” . McCain’s daughter called Graham a coward and said he isn’t the person she used to know.

With few exceptions, (Ted Cruz come to mind), Lindsey Graham would be deemed too blatantly submissive to be a major elected official. He has been getting away with it due to this deeply conservative bastion, but even the Palmetto State is seemingly getting fed up with him:

He traded his honor to be “relevant” as a Trump adviser. But on Syria, Trump didn’t bother to ask what he thought.

Jamie Harrison is the complete opposite of Graham: a man of unquestioned integrity and character.  He is fighting to ensure that every South Carolinian has access to affordable health care, good paying jobs and student loan debt relief. He is a Yale educated lawyer, and used to be a high school teacher. He is also very well-connected and popular as the former chair of the South Carolina Democratic Party.

To give you an idea, Harrison raised $240,000 within just 24 hours of announcing his candidacy.  Graham’s people were none too happy, but not worried. They are now.

This race has always been Lindsey’s race to lose. Thankfully, he is working as hard as Harrison to make sure that happens.

(51650)
$17.62 (as of May 21, 2022 12:01 GMT -04:00 - More infoProduct prices and availability are accurate as of the date/time indicated and are subject to change. Any price and availability information displayed on [relevant Amazon Site(s), as applicable] at the time of purchase will apply to the purchase of this product.)