With a Biden lead of nearly 15,000 ballots, 180 have been challenged in Arizona and a claim of postal interference in Pennsylvania debunked as an employee recants.

Postal worker featured by Republicans as evidence of vote tampering admits he made it up; GOP donors gave him $130,000 https://t.co/UlOqChJN5j— Timothy Burke (@bubbaprog) November 10, 2020

Richard Hopkins’s claim that a postmaster in Erie, Pa., instructed postal workers to backdate ballots mailed after Election Day was cited by Sen. Lindsey O. Graham (R-S.C.) in a letter to the Justice Department calling for a federal investigation. Attorney General William P. Barr subsequently authorized federal prosecutors to open probes into credible allegations of voting irregularities and fraud, a reversal of long-standing Justice Department policy.
But on Monday, Hopkins, 32, told investigators from the U.S. Postal Service’s Office of Inspector General that the allegations were not true, and he signed an affidavit recanting his claims, according to officials who spoke on the condition of anonymity to describe an ongoing investigation. Democrats on the House Oversight Committee tweeted late Tuesday that the “whistleblower completely RECANTED.”
Hopkins did not respond to messages seeking comment.
The reversal comes as Trump has refused to concede to President-elect Joe Biden (D), citing unproven allegations about widespread voter fraud in an attempt to swing the results in his favor. Republicans held up Hopkins’s claims as among the most credible because he signed an affidavit swearing that he overheard a supervisor instructing colleagues to backdate ballots mailed after Nov. 3.

$130,000 buys a lot of things. A GoFundMe page for Hopkins accumulated $136,000 before being suspended. Everything is bigger in Texas.

“Whistleblowers and tipsters should turn over their evidence to local law enforcement. Anyone who provides information that leads to an arrest and final conviction of voter fraud will be paid a minimum of $25,000,” said Lt. Gov. Patrick in a news release.

Dan Patrick is offering $1 million for evidence of voter fraud.

This is good because Brodie looked at me suspiciously and I did not track his whereabouts November 3rd the entire day.

“The U.S. presidential election was not tainted by widespread voter fraud or irregularities in how ballots were counted…Trump and his allies haven’t offered any proof and their legal challenges have largely been rejected by the courts.” https://t.co/Q2QbyzddMh

Installing friendlies at the NSA/Pentagon, & likely soon the FBI & CIA, paves the way for destruction of evidence and the selling of secrets to pay trump's debts. Would also explain preventing PDB and transition for Biden. It's not a coup, it's a coverup. https://t.co/KpqB9ynvSc 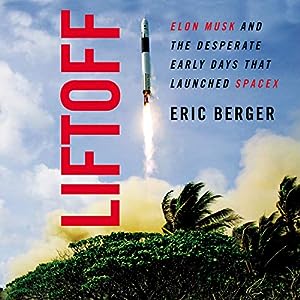