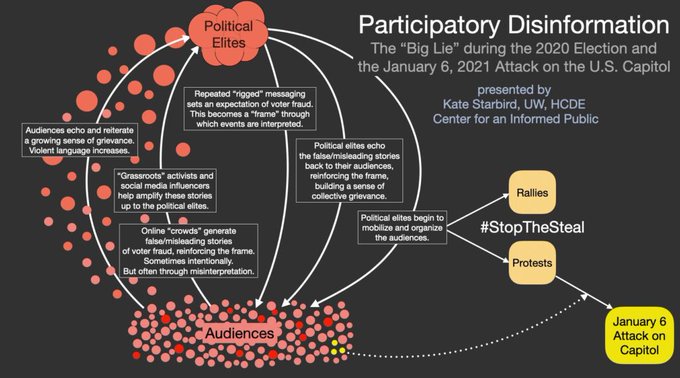 Susan Hennessey will be senior counsel at the National Security Division of the Justice Department. Looks like the Feds are closing in something, something, because there were definitely multiple obstruction of justice beefs against previous guy during “Russiagate”. And we still don’t know what Russian hackers did with the RNC kompromat, whereas Roger Stone and Mike Flynn’s pardons told us …something.

THREAD: The seemingly coordinated right-wing noise and disinformation campaign targeting @Susan_Hennessey this week—another smart woman who worked hard to hold to account the worst excesses of the Trump admin—is a fascinating case study in the GOP's attempt to rewrite history. https://t.co/zNLL2zidR0

As the CIA concludes that Russia tried to help Donald Trump win the presidential election, intelligence officials have released one more intriguing detail: Russian hackers had dirt on the Republican National Committee but never released it, according to a new report. A senior administration official said, “We now have high confidence that they hacked the D.N.C. and the R.N.C., and conspicuously released no documents” from the Republicans, according to the New York Times. Officials said the hacks into the Republican committee took place in the spring, at the same time emails from the Democratic National Committee were stolen by hackers thought to be connected to Russian intelligence. It’s unclear what kind of information was stolen from the RNC, and how much of it, just as the motive is unknown.

Fred, the Russians hacked the RNC and GOP candidate emails but have never publicly released them. Do you think they did nothing with them?@sarahkendzior @Susan_Hennessey https://t.co/yLsP8LVGKK

President Biden now has access to the entirety of Trump’s private conversations with Putin — including the ones he ordered hidden in the NSC’s top-secret codeword system to limit access, Politico reports.

When you are so hard core America First that you have to trash America on a hostile foreign powers state tv. https://t.co/cBBgKWVqPU

(22246)
$179.00 (as of May 18, 2022 02:24 GMT -04:00 - More infoProduct prices and availability are accurate as of the date/time indicated and are subject to change. Any price and availability information displayed on [relevant Amazon Site(s), as applicable] at the time of purchase will apply to the purchase of this product.)