The Florida GOP literally refers to pregnant Florida women as “host bodies”. Now, we are expected to get an abortion ban that is in every way as bad as Alabama’s—and may even be worse.

Our state is purple, we have more Democrats here than Republicans, and yet our state legislature resembles Alabama or Oklahoma. This is due to a deadly combination of extreme voter suppression- courtesy of Rick Scott, FL GOP gerrymandering, years of incontinence from our state party, and a downright apathetic attitude from too many Florida voters. On top of that, we just recently found out that Russia hacked voter registration databases last year in two Florida counties—and no one which counties or what they did.  (The GOP supports Russian interference, so its very hard to get information, but it pisses me off that the Dems aren’t making much of a stink about it. Every single damn nonpartisan poll had DeSantis losing.)

Florida is now reaping the results. Our last check on complete GOP dominance was the Florida Supreme Court. Now that Trump supporter DeSantis is our governor, he immediately went to work on picking three new Justices. Our House is overwhelmingly GOP, and our Senate is lopsided 17-23 in the GOP’s favor. In other words, the upcoming abortion ban is very, very likely to happen.

Based on his Twitter and Facebook posts, he is one particularly nasty individual. He refered to Muslims on Twitter as the “demonic Muslim horde” and, on Facebook, posted a question on how his female Republican primary opponent could make decisions in office because she did not bear children.

It’s this man who filed the so-called “fetal heartbeat” bill this session, which forbids an abortion after detection of a fetal heartbeat, which usually happens at the six-week mark in the middle of the first trimester—long before a woman would know she’s even pregnant.  It’s based on complete junk science as the director of gynecology at UC San Francisco explains, it’s “a group of cells with electrical activity. That’s what the heartbeat is at that stage of gestation … We are in no way talking about any kind of cardiovascular system.”

The goal is, as always, to legalize a forced pregnancy.

However, the bill at least originally included exceptions for rape, incest, domestic violence, human trafficking or if the woman's life is in danger.

That is until God apparently got involved and called Mike up.

As plain as day, God spoke to me. He said that wasn't my bill, talking about the heartbeat detection bill that I filed. He said that wasn't my bill. I knew immediately what he was talking about.
He said you remove those exceptions and you file it again.
And I said, yes Lord, I will. It's coming back. It's coming back. We are going to file that bill without any exceptions just like what we saw passed in Alabama.

Funny that God didn’t mention anything to Mike about protecting our children from his party’s refusal to do anything about our state’s infamous gun violence.  After all, Florida now has more mass shootings of any other state, including the two largest in US history with Pulse and Parkland.

He didn’t tell Mike to do anything about young migrant children being sexually assaulted at our own for-profit detention centers. Or the fact that we rank at the top for human trafficking, and simultaneously rank at the bottom for infant mortality, baby birth weight, and uninsured low income babies.

Actually, we are the worst state in the nation in every way. I’m not exaggerating. We literally rank at the very bottom. Maybe Mike could do something—anything—about any of that?

It does strike me as slightly odd that God said nothing to Mike about doing his damn job to make things even slightly better in our bottom-of-the-barrel state for babies, especially since he’s so hyper-focused on forcing that Miami sex slave to bear child.

In fact, the Florida law will likely follow Alabama’s by only making one specific exemption, and that’s for fertilized embryos destroyed in invitro-fertilization (IVF). When asked why this was the ONLY exemption, the sponsor of the Alabama abortion ban gave this answer:

So if you are poor and destroy one fertilized egg, you get life in prison, but if you are rich and kill dozens, they throw you a party.#BoycottAlabama#Alabama #IVF pic.twitter.com/5KNRGVMVZW

Ohhhhhhh. That explains it.

So God apparently told Mike to take out all exemptions for violent assault and even for the very life of the woman, but didn’t say anything about the lucrative business of IVF labs. That’s because IVF is very widely used by wealthy Christians. Destroying a single fertilized embryo in the womb is about $200, yet destroying multiple fertilized embryos through IVF can cost as much as $15,000.

If life begins at conception, then why the hell is it okay to “discard human beings” in a lab?

It’s because their whole argument about these bans being about “precious life” is absolute bullshit.  Not only do these rightwing legislators not give a damn about actual children, but they always ensure that wealthy women will always have access to abortion and IVF. The abortion ban will never affect the legislator’s wife, daughter, or mistress. This is only about controlling poor women—and making sure they stay poor.

Take a moment and tell Mike Hill what you think of his ban. Then contact your Florida representative today and let them know that you know exactly what this bill is all about. Finally, help the Escambia Democratis defeat Mike Hill next year. 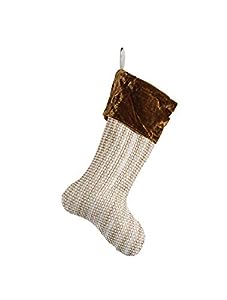