The Florida GOP literally refers to pregnant Florida women as “host bodies.” Now, we are expected to get an abortion ban that is in every way as bad as Alabama’s—and may even be worse.

Our state is purple (we have more Democrats here than Republicans), and yet our state legislature resembles Alabama or Oklahoma. This is due to a deadly combination of extreme voter suppression- courtesy of Rick Scott, FL GOP gerrymandering, years of incontinence from our state party, and a downright apathetic attitude from too many Florida voters. On top of that, we just recently found out that Russia hacked voter registration databases last year in two Florida counties—and no one which counties or what they did. (The GOP supports Russian interference, so it's very hard to get information, but it pisses me off that the Dems aren’t making much of a stink about it. Every single nonpartisan poll had DeSantis losing.)

Florida is now reaping the results. Our last check on complete GOP dominance was the Florida Supreme Court. Now that Trump supporter DeSantis is our governor, he immediately went to work on picking three new Justices. Our House is overwhelmingly GOP, and our Senate is lopsided 17-23 in the GOP’s favor. In other words, the upcoming abortion ban is very, very likely to happen. 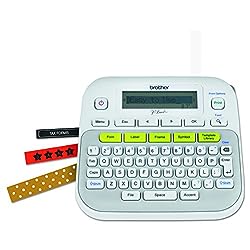 (26945)
$34.99 (as of May 23, 2022 03:17 GMT -04:00 - More infoProduct prices and availability are accurate as of the date/time indicated and are subject to change. Any price and availability information displayed on [relevant Amazon Site(s), as applicable] at the time of purchase will apply to the purchase of this product.)