History moves forward as the final draft of the Second article of Impeachment has been made available. This article of impeachment against President Trump accuses him of “incitement of insurrection” for his role in fomenting the deadly occupation of the US Capitol on 6 January.

FINAL DRAFT of article of impeachment against President Trump, titled “Incitement of Insurrection.”

The article is expected to be introduced Monday by Reps. Ciciline, Lieu, and Raskin, and has more than 200 Democratic co-sponsors. pic.twitter.com/DAZle1w59g— NBC News (@NBCNews) January 11, 2021

The House will seek to take up a resolution from Rep. Jamie Raskin on Monday urging Pence and the Cabinet to invoke the 25th Amendment to remove Trump from office. If blocked, the House would consider impeachment.

As @tribelaw and I recently explained in @PostOpinions:

“[Trump] came close to destroying the Capitol in pursuit of his antidemocratic effort to overturn an election; an unequivocal response is called for.”https://t.co/XBN3fpILVp

This is something to watch

that means no bills with them, no letters with them, blocking their initiatives in committee and pressing downtown allies to cut them off. pic.twitter.com/xBNCqsvNA1

How Trump is Working with Russian Intelligence – Stephen Komarnyckj reports on how US Intelligence services are suppressing evidence that the US President is still colluding with Putin’s influence operationshttps://t.co/UY9hUCwdK7

Here are the connections with GOP Senators, Russian intelligence, and Trump.

They've been public for going on two years, but now that the sanctions are slapped on, here's a reminder. https://t.co/nCdTScPMT4

Yes, Parler is down — but other platforms that attract extremists, like MeWe and Telegram, are still thriving. I spoke to @GoAngelo about what Parler's shutdown means for extremist organizing — and whether it'll have any effect at curbing it at all. https://t.co/3KLZbK191L

The Trump mob came for Nancy Pelosi by name. One Rep tweeted her location during the deadly riot. Trump enablers are trying to make #Impeachment about the Speaker -as criminals often blame prosecutors- to try and deflect from their sedition. They will fall. Justice will be done. https://t.co/NvohnHmqIs

When seditionists like @HawleyMO @tedcruz @GOPLeader @marcorubio call for “unity,” what they are really doing is calling for appeasement.

Insurrection Week means it's going to take a warehouse of charts and maps! #NeedMorePaper 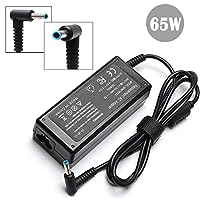